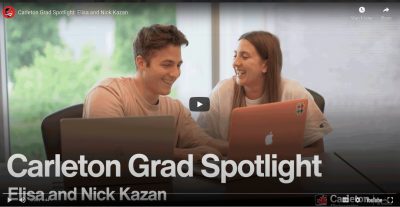 What did you like most about studying Computer Science at Carleton?

“The professors here push you to utilize your knowledge so you can deeply understand not just memorize. It’s a lot of challenging work, but you’ll find you really improve.” -Wenqian Wang

“The database class was one of the best. It wasn’t just about doing one thing but making something work as a whole package. The work integrated numerous skills that all intertwined.” -Carolyn Fenwick

“I really enjoyed writing code and then realizing there were much easier ways of doing it. Sometimes I’d write a dozen lines and realize all it took was three. That was cool because I started to realize, it’s not as complicated as you think it is”. – Alif Islam 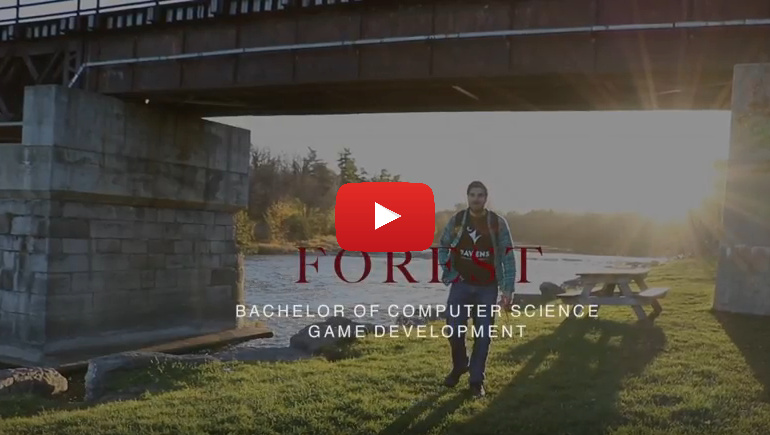 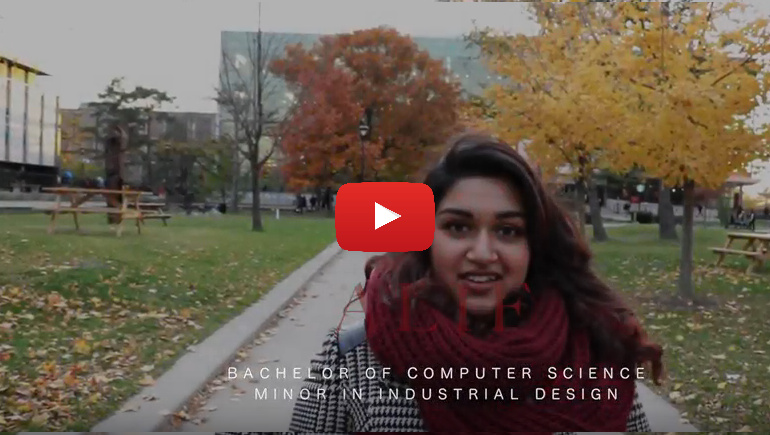 Returning to University as a Mature Student: It’s Never too Late for the Next Stage in your Career 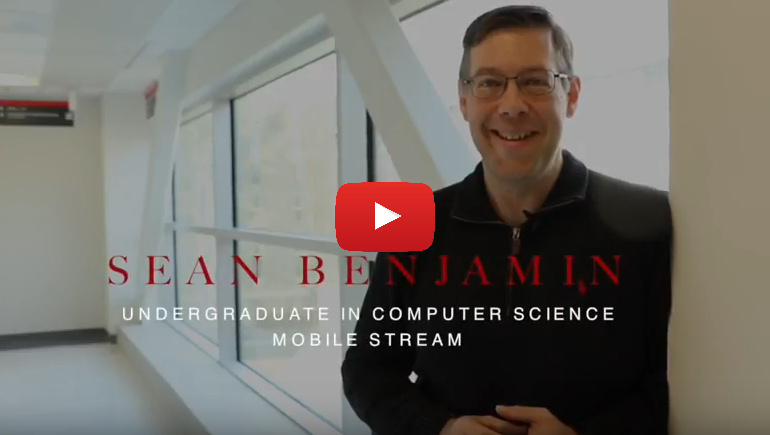 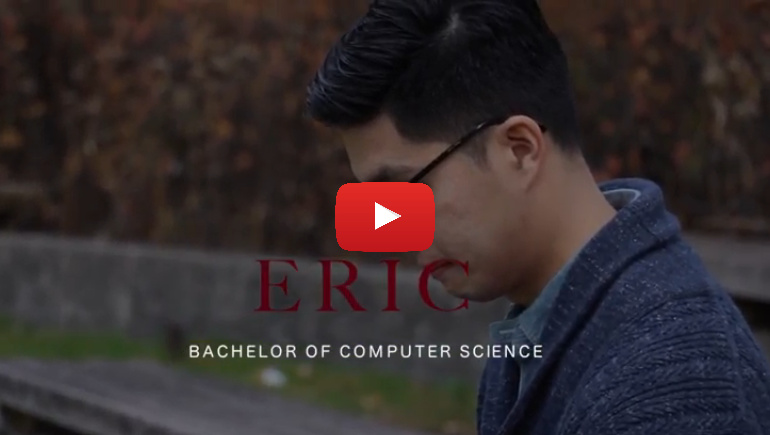 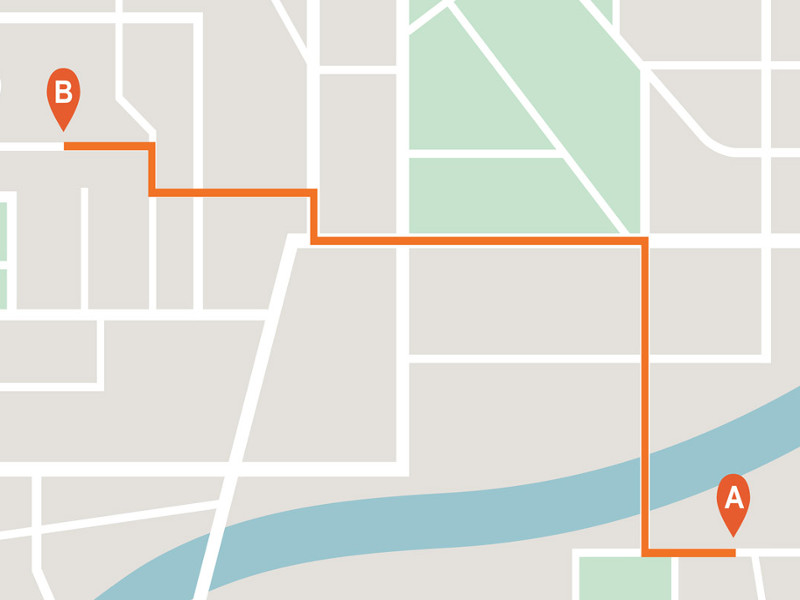 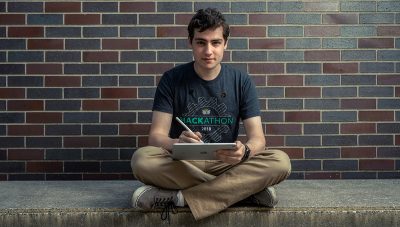 Avery Vine thought he would study music when he went to university. But a Grade 10 computer science course intrigued him and by Grade 12 he had decided he was as passionate about programming as he was about music. Vine chose to attend Carleton University’s computer science program because of its mobile computing stream.

Carolyn Fenwick, BCSM/17: A Long Road- But One Worth Travelling

Carolyn Fenwick, an Ottawa mother of two and recent School of Computer Science graduate tells us how she was able to accomplish her academic goals while following an unconventional career path and balancing family commitments.

Jake Brown graduated from the School of Computer Science in 2016, using his studies to pursue interests in internet security and aviation. We caught up with Jake to find out more about how his studies in the Internet Security stream have helped him further his pursuit in becoming an astronaut.

It was the study of the natural world that lead Bernard Llanos, a recent graduate of The School of Computer Science, into the realm of computer graphics.

What do you see as the most exciting technology in the future of computer science? Why?

“The world is more connected than ever, so I see virtual reality and augmented reality becoming more and more intertwined with our daily activities. Oculus Rift, Vive, Microsoft HoloLens, Google VR. We’re still in the toddler phase with gimmicky applications, but I feel like we’ll hit a breakthrough very soon.” – Sam Prashker

“I’m really interested in quantum networks. I think that is the future. Everything will be changed if quantum computing is used to the full. It’s like how in the 50’s the first computers came out and people thought they would only ever be used by scientists. I’m thinking like 20 or 30 years, quantum computers will really be used. I think the world will change by that time.” – Wenqian Wang

“With mobile phones becoming so common, affordable, and accessible, it’s crazy the amount of impact and reach an individual developer could have. Even in developing countries, you have people that never owned a computer finally have access to the internet with their phones and you, as a mobile developer, can connect to those people and share ideas.” – Mohammed Abushawish

“The best part of computer science is that you don’t know what the next great idea will be. Someone could have a small idea that they think won’t go very far but it turns out to be the next Facebook or Twitter.  All you have to do is understand what you are trying to make and do it.” – Forest Anderson