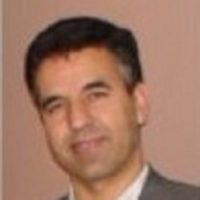 I am interested in performing advanced and innovative research in the area of antibody engineering, particularly with single-domain antibodies (sdAbs), and in the development and application of phage and other in vitro display technologies. One aspect of antibody engineering would involve constructing large naive and semi-synthetic libraries and isolating high affinity antibodies. These antibodies can further be engineered to obtain desired biophysico-chemical properties using in vitro mutagenesis approaches. The second important aspect of antibody engineering is to increase the efficiency of panning by using high-throughput screening methodologies such as automated magnetic particle-based plate washer. Engineered antibodies would be efficiently applied in combating cancer, neurological, bacterial and viral diseases. They would also be effective as immunohistochemical, diagnostic and proteomic reagents and in environmental applications. I am also interested in developing novel class of single domain antibodies which are capable of detecting smaller molecule entities such as hapten, peptide and carbohydrate groups within protein structure. It has been realized that existing surface topology of sdAbs is optimally designed for binding to proteinacious compounds and, in particular, for binding into cavities or active sites of protein targets. However, isolation of sdAbs with high affinities to smaller molecular entities such as hapten and peptides, and non-protein compounds such as carbohydrates has so far met with very limited success. I, therefore, believe that further engineering on the surface topology of the sdAbs is required to overcome this limitation.