Full Professor and Co-Director of the CMFE 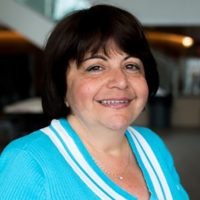 Full Professor and Co-Director of the CMFE

Lynda Khalaf has generated methodological innovations in econometrics and contributed significantly to theoretical and empirical advances in economics more broadly. Her theoretical contributions are internationally recognized, especially regarding simulation-based and irregular inference methods. Her own empirical work challenges conventional wisdom on financial, macro-economic and environmental models.

Through a 2002 study and in a number of subsequent papers with other co-authors, her work addressed the so-called curse of dimensionality and non-normal disturbances in multi-equation models.  This work, which was among the first to introduce the Monte Carlo test method, was the seed for a now substantial literature on exact simulation-based inference. Khalaf has also employed the method to solve problems that were considered practically infeasible, on: distributional lack-of-fit test; simulation-based break-in-parameter tests in multivariate regressions; testing slowly evolving changes via time-varying parameters or random discontinuities; and forecast ability tests.

Her work since 2005 provided the first contributions with exact inference on portfolio efficiency and fundamental asset pricing models, relaxing the Gaussian assumption. Another strand of Khalaf’s research relates to identification-robust inference. Khalaf’s contributions in this area are among the very first that raised and addressed this problem for inference on asset pricing models and on popular inflation models.

Overall, Khalaf has published over 40 articles in leading field journals, including the Journal of Econometrics, Review of Economic Studies, Journal of Monetary Economics, Journal of Business and Economic Statistics, American Journal of Agricultural Economics, and Energy Journal. According to Google Scholar, Khalaf’s work received 1310 citations over her 20 years or so career, including 551 citations since 2011, with 126 citations in 2009 and 128 in 2015. In 2004, she was awarded a Tier II Canada Research Chair. Khalaf has served on the executive counsels of the national economic and econometric associations, presided the Quebec based SCSE and has actively participated in organizing and on the scientific committee of leading national and international conferences.

Refereed Publications in the Last 6 Years: