On October 15th, Dr. Ivan Simic presented his book, Soviet Influences on Postwar Yugoslav Gender Policies. He began the presentation by explaining the methodology of his research, which explored Stalinist policies introduced into Yugoslavia by using visual representations and documents. He explained that in his methodology he used historical documents that at first glance may seem irrelevant but were useful for exploring Yugoslav society and culture (a helpful tip for us researchers in the room!). As for his theoretical underpinnings, Dr. Simic used gender theories commonly applied in historical research as well as cultural studies from the Birmingham School.

Dr. Simic then provided a general overview of Stalinism in Russia and how it gained traction and eventually became less relevant in Yugoslavia by the 1960s. He discussed the “Great Retreat” paradigm in the Soviet Union regarding gender equality and freedoms comparing it to Leninism. In the Stalinist USSR, abortion except on medical grounds was banned in 1936, homosexuality was banned in 1951, and the state created extreme barriers to divorce. A fascinating part of the presentation was the examination of Stalinist attempts in Yugoslavia to change gender roles and equality, and their failures. Yugoslavia created very similar legislation as in the USSR, however Yugoslavs went a step further as they also sought to unveil Muslim women in the region.

The Yugoslav Communist Party attempted to implement the Soviet social, political, economic, and legal model in Yugoslavia through radical social interventions. The Yugoslav constitution was based on the Soviet one. Initially the communists had an optimistic vision of industrialization by restructuring the economy and opening many work opportunities to women. However, problems arose when Soviet-Yugoslav relations soured, the economy contracted due to the blockade from the Soviet bloc, during which time many women lost important and well-paying jobs. Dr. Simic also spoke about how peasants resisted agricultural collectivization, but also how communist women saw collectivization as an opportunity to radically change the countryside, and, for example, to eliminate widespread domestic violence and provide healthcare to peasants. However, peasants viewed it as a loss of property and freedom; thus, agricultural collectivization was abandoned after disastrous economic effects, with the logic that urbanization and industrialization will change rural was of life. Dr. Simic also talked about the Stalinist regime attempts to control youth, sexual freedom, and access to contraception, leading to discussion afterwards.

This presentation by Dr. Ivan Simic was an interesting and dynamic talk. Although Dr. Simic went into great depth, his book goes into much more detail about gender policies. It is available online at: https://www.palgrave.com/gp/book/9783319943817 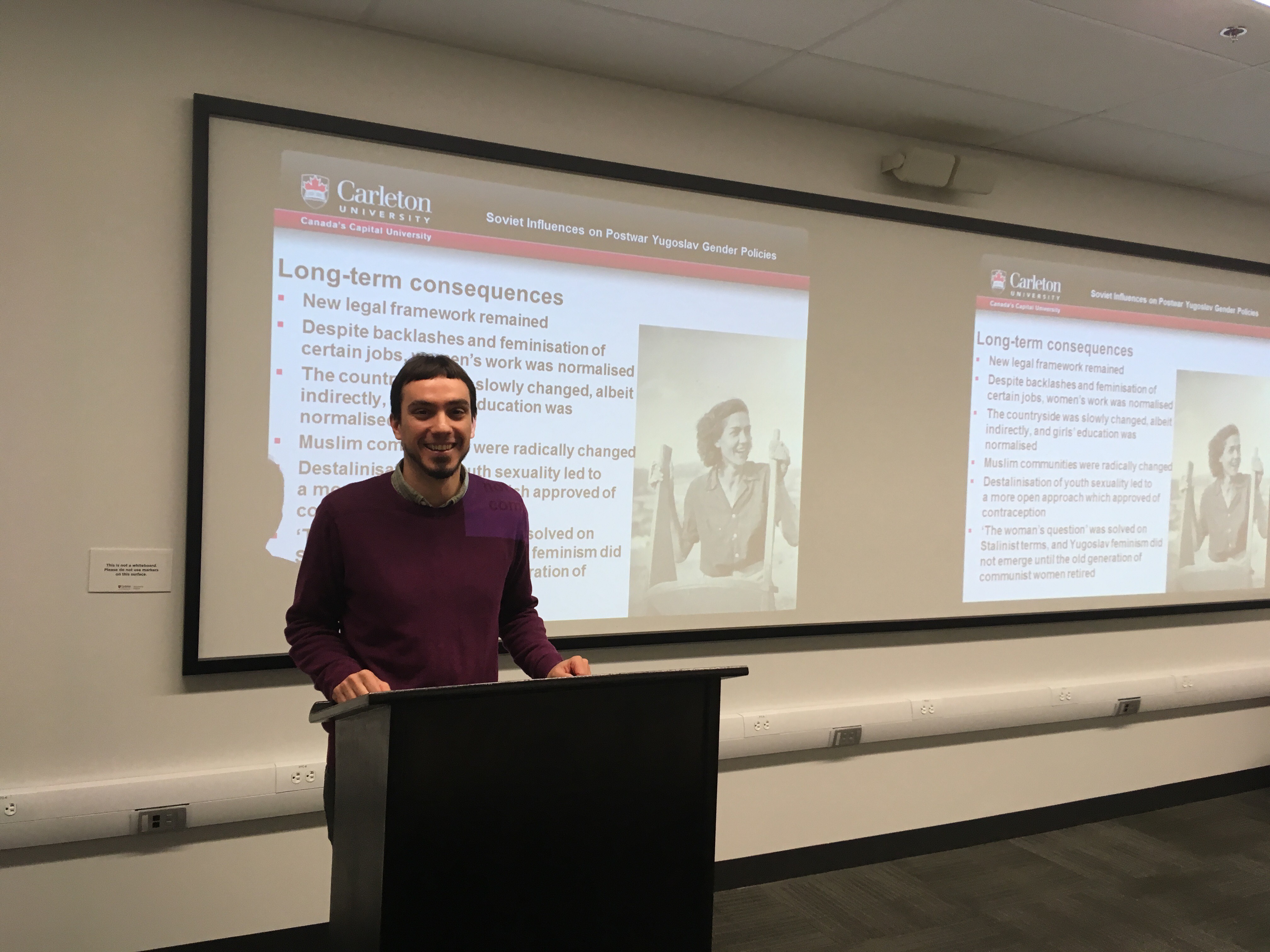