Canada’s Rachel Homan knew there would be pressure heading into the final of the 2017 world women’s curling championship.

Not only was Homan trying to erase past personal disappointments in her third appearance at the championship, but her Ottawa rink was being counted on to erase Canada’s lengthy title drought. The fact that Homan advanced to the final without dropping a match only heightened expectations.

“We knew if we brought the game we brought all week, we’d be unstoppable,” Homan told CBC after the final.

“We’re really excited. I’m proud of my team for how well they played.”

After an open first end, Canada put the pressure on Russia with two points in the second end and a steal of one in the third before cruising to a comfortable victory.

“We made sure to keep together and obviously there’s a lot more pressure in that final,” Homan said. “We’ve lost that one and its tough, and we wanted to make sure we were doing exactly what we were going all week, because we knew that would lead us to the win.

“Some tough breaks by their team cost them a few points but other than that we had a strong game. I’m really proud of my team.”

Homan’s undefeated run in Beijing — Canada won all 13 of its matches — came on the heels of her 12-2 run to the Canadian women’s title last month in St. Catharines, Ont.

“We’ve had an incredible second half of the season, and to top it off this way feels amazing,” Weagle said.

“It feels amazing for Canada. We haven’t won it in quite a while so we’re very proud of ourselves and we’re so grateful for the support we’ve received.

“For sure there were butterflies but we get excited when we get nerves like that.”

Canada’s last championship came in 2008, when Jennifer Jones was victorious in Vernon, B.C. Homan had two previous attempts to break Canada’s drought but settled for bronze in 2013 in Riga, Latvia, and silver the next year in Saint John, N.B.

“We’ve come up short and it never feels good to come up short when you’re representing Canada,” Homan said. “We really wanted to bring back gold for Canada this time. It’s been a bit of a drought and we wanted to make a statement going into the Olympic year.”

Sidorova has now lead Russia to four straight medals, though this was the country’s first appearance in the final. Russia finished third in the previous three tournaments.

“It’s always tough when you lose, especially when it’s the final but you know what, it’s history for my country,” Sidorova said. “It’s a pity we didn’t play well today … but it was a great experience for us, especially heading into the Olympic Games.”

Russia had trouble playing catch-up on Sunday and didn’t get a point until laying a single in the fifth end.

Canada responded with a knockout punch in the sixth. A short raise takeout from Courtney put the Russians in chase mode, and when Sidorova’s last-gasp attempt to bury a stone at the back of the four-foot ring rubbed off a Canadian stone, Homan made the delicate tap to score three.

“The ice changed a bit during the game and we really couldn’t manage the difference,” Sidorova said. “It’s easier for Canada when they’re two up because they have to hit more, and we have to manage the ice more because we need to play more draws.

“We didn’t do it this time, it doesn’t mean we won’t do it next time.”

With two major titles under its belt, Homan’s team can now turn its attention to the 2018 Olympics in South Korea. Homan will have home ice advantage at the Roar of the Rings Olympic qualifying tournament, Dec. 2-10 in Ottawa, where she will battle the country’s top skips to earn the right to represent Canada in Pyeongchang.

“No matter who represents us trials are going to be tough,” Homan said. “We’re hoping to be there and be that team at the end of the podium at the end of trails but if not we want to make sure that Team Canada is best represented.”​ 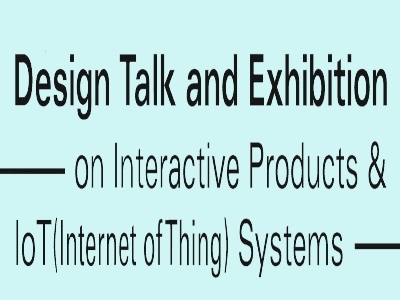 Design Talk On January 15 there will be two UX/UI design talks on how to design an interactive product system in the Gallery (room 450, 4th floor, Azrieli Pavillion). UX... More