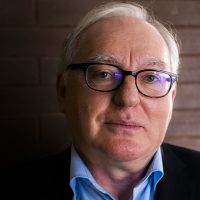 Piotr Dutkiewicz is Professor of Political Science and former Director of the Institute of European and Russian Studies. Currently he is a co-director (with Les Pal) of  Carleton’s  Centre for Governance and Public Management.  He was educated at Warsaw University (LLM) and the Russian Academy of Science, Moscow (Ph.D.). He was a Fellow of St. Peter’s and Nuffield Colleges in Oxford and a Visiting Professor at Berkeley University, Institute for International Relations (USA) and taught at Warsaw University in Poland (1977-1989) and Queen’s University (1990-1993) in Kingston, Ontario.

Professor Dutkiewicz was editor-in-chief of a 19 volume series on “Local and Regional Development in Poland and Eastern Europe” (1986-1989) and editor (or co-editor) of 16 books. He is also the author of many chapters in books and articles in professional journals.  He was a Director of four large scales, high visibility Projects in Russia funded by the Canadian International Development Agency (on regional development, unemployment insurance, labor market and social policies).  He was also involved in CIDA -AUCC lead project on juvenile justice and youth at risk in Russia. He was  a member of a Canadian Official State delegation to Russia in 2003 (lead by Gov. General Adrienne Clarkson).  May, 2006 he received a doctorate Honoris Causa from the People’s Friendship University (Moscow) and in 2007 the Honorary Degree from the Russian Academy of Public Administration ( Moscow) for the “very significant contribution to the development of Canada- Russia relations and quality of research”. He is recipient of FPA Research Productivity Bursary for 2016 – 2017 and Carleton’s  Research Excellence Award in 2014.

He is a member of the Valdai Club, a group of forty world renowned experts on Russia; in 2009 he received the Russian Federation’s Order of Friendship from President Dmitry Medvedev.

He is involved in (Re) Inventing Hegemonies  Project. The main purpose of this research /book project is fourth fold:

Eurasian Integration: The View from Within, (co-edited with Richard Sakwa), (Routledge, 2015)

Democracy versus Modernization: A Dilemma for Russia and for the World (co-edited with Vladislav Inozemtsev), (Routledge, 2012)