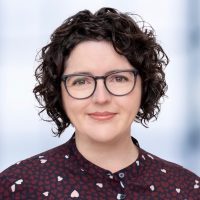 Dr. Erin Tolley is Associate Professor in the Department of Political Science at Carleton University. She is an expert on the relationship between socio-demographic diversity and Canadian politics, with a specific interest in representation and gendered and racialized dynamics in political institutions. A methodological pluralist, Dr. Tolley is particularly committed to primary data collection that addresses questions about electoral politics using a diversity lens. Her book, Framed: Media and the Coverage of Race in Canadian Politics, was recognized with the Donald Smiley Prize as the best book published in Canadian government and politics in 2016. Her work has appeared in the Canadian Journal of Political Science, Electoral Studies, Politics & Gender, the Journal of Ethnic and Migration Studies, and a number of other peer-reviewed outlets. She is the co-editor of five books and frequently provides media commentary on issues related to diversity, representation, and politics.

Prior to coming to Carleton in 2020, Dr. Tolley was a faculty member in the Department of Political Science at the University of Toronto, and she previously worked as a researcher and policy analyst in the Canadian federal government. She is originally from Prince Albert, Saskatchewan.