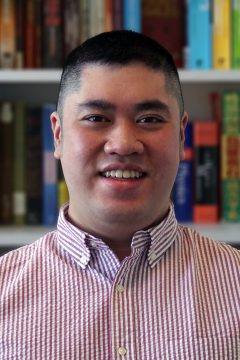 Carleton PhD student David Luong was part of the team that published the world’s first laboratory results on microwave quantum radar. The team found that the potential gains could be massive. Luong explains that radars are typically designed using classical physics, which works very well in everyday life but does not describe the full range of physical phenomena known to science. “It turns out that we can use quantum mechanics to squeeze out better radar performance.” Luong notes that improved radars are always a plus. “For example, they could be used in airports to detect unauthorized drones. And quantum radars can work at extremely low power (millions of times lower than the transmitter in a cellphone), so they are very safe for biomedical applications. They would also not interfere with other wireless equipment, whether in airports, in hospitals, or other places with sensitive devices.”

Luong, a graduate student in the Department of Systems and Computer Engineering, is one of three Carleton University students to win a prestigious 2020 Vanier Graduate Student Scholarship for his exceptional research. The award is valued at $50,000 per year for three years during a student’s doctoral studies.
The other two Carleton University recipients are Legal Studies student Jean Ketterling and Public Policy student Antoine Genest-Gregoire.

Several years ago, a friend of Luong’s forwarded him an email from someone that was hiring and suggested that he apply. He did, and that’s when he got in touch with Dr. Bhashyam Balaji, an adjunct professor at Carleton. “Together with Prof. Sreeraman Rajan, we found that by combining radar signal processing with quantum physics, we could get much further than we ever imagined. And it all snowballed from there.”
Prof. Rajan, a Tier 2 Canada Research Chair in Sensor Systems, is Luong’s supervisor. He continues to be mentored by Dr. Bhashyam Balaji, who brought him into the team that ended up publishing the world’s first scientific paper on microwave quantum radar. “There is not enough ink in the world for me to enumerate the ways they have helped me. My gratitude for them is as deep as the ocean.”