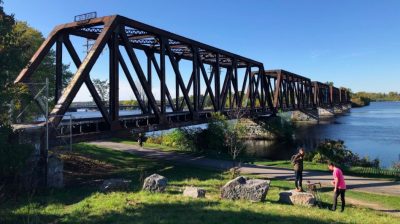 An idea proposed last year by Carleton journalism professor Randy Boswell to rename the capital’s Prince of Wales Bridge to honour the late Algonquin chief William Commanda has been approved by Ottawa’s city council, part of an ambitious, $22-million plan to turn the 140-year-old rail crossing into a cycling, walking and winter skiing route across the Ottawa River.

Ottawa Mayor Jim Watson announced in January that a Boswell column published in the Ottawa Citizen in December 2020 had convinced him that the historic, 1.3-kilometre-long bridge should be renamed to honour Commanda as a gesture of reconciliation with Indigenous nations.

“I read Randy Boswell’s column in the Citizen attentively during the holidays, and I agree with him that this bridge crossing the Ottawa River — which has been deemed sacred by the Algonquin People for thousands of years — should bear an Indigenous name,” Watson stated during his annual State of the City speech on Jan. 27. “The renaming of the Prince of Wales Bridge will serve as an important symbol of reconciliation between our nations.” 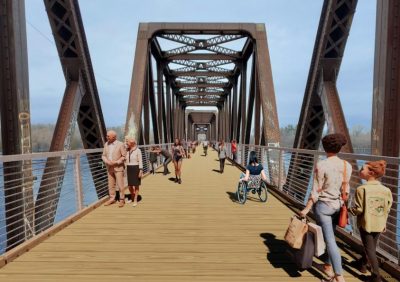 An artist’s illustration what the restored and renamed Chief William Commanda Bridge will look like within a year. (Image courtesy of the City of Ottawa)

The proposed “Chief William Commanda Bridge” was endorsed by leaders of the two main Ottawa-area Algonquin communities — Kitigan Zibi in Quebec and Pikwakanagan in Ontario — and Watson’s motion to officially redesignate the bridge and move ahead with its planned repurposing as an “active transportation” crossing was approved by city council on Wednesday, July 7.

Public consultations on the proposed renaming in June also showed strong support for the move, Watson told councillors on Wednesday.

The transformation of the bridge is earmarked for significant financial backing from the Canadian government, and Watson said an official announcement from Ottawa Centre MP Catherine McKenna — federal Minister of Infrastructure and Communities — is expected to follow within days.

“This is simply going to be a huge tourism draw in Ottawa,” Kitchissippi Coun. Jeff Leiper, whose ward encompasses the bridge, told CBC News on Wednesday. “It will be a four-season gem, recreationally, in the city, and it’s really going to be a really key part of our transportation network for active transportation, bringing people safely back and forth to Gatineau.”

Plans also call for nearly $100,000 to be allocated for the creation of an Indigenous public art project at the bridge site.

In his December column, Boswell argued that the renaming of certain major landmarks to honour important Indigenous figures should be a key part of the sweeping changes currently unfolding across Canada’s commemorative landscape. Statues, street names and other landmarks honouring Sir John A. Macdonald, Egerton Ryerson and their fellow architects of Canada’s Residential School system have been targeted by anti-racism advocates in recent years.

That movement that has accelerated in recent weeks as a result of revelations about the unmarked graves of hundreds of Indigenous children at former Residential School sites in Canada. In fact, Ottawa’s Sir John A. Macdonald Parkway — which leads to the newly renamed bridge — is currently the focus of a campaign led by Algonquin elder Albert Dumont, Ottawa’s poet laureate, to be stripped of its name.

“In the midst of the pandemic, a second major societal challenge emerged this year with the mass anti-racism protests across North America and beyond. The movement has highlighted the embedded discrimination that exists in our country — particularly as it affects the BIPOC communities of Black, Indigenous and People of Colour — and drawn attention to the way the naming of streets, buildings and other places has sometimes memorialized slave owners and other unworthy figures from the past,” Boswell wrote in his December column in the Citizen.

The legacy of Chief Commanda, he argued, “is particularly compelling: human rights advocate, peace and environmental activist, spiritual leader, visionary unifier of Indigenous peoples of the vast Ottawa River watershed and the world far beyond.”

Renaming the high-profile Ottawa River crossing after Commanda, Boswell concluded, “would be a fitting tribute: a rejuvenated bridge — symbol of sustainability and intercity, interprovincial and intercultural harmony — dedicated to a widely revered bridge-builder.” 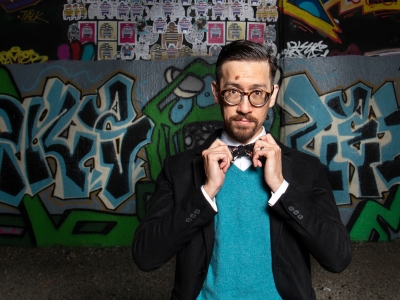 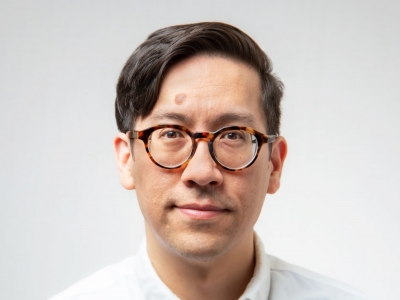 Associate Professor Benjamin Woo was one of eight Carleton University professors recognized by the Faculty of Graduate and Postdoctoral Affairs for excellence in graduate student mentorship at a virtual reception... More 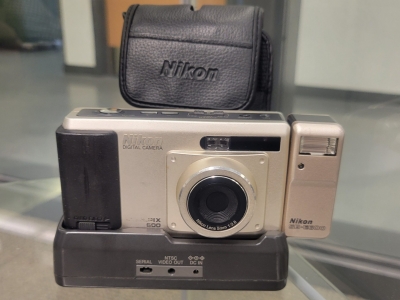 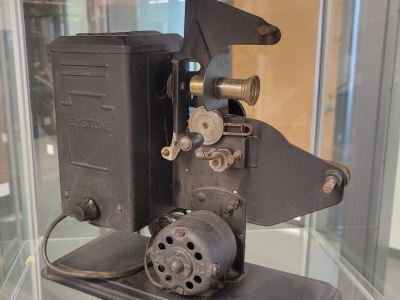