All went to women. They were among Carleton’s first degree recipients in the fall of 1946.

The CBC’s senior correspondent Susan Ormiston was our headline speaker and panelist, bringing a unique perspective on journalism forged after many years of international reporting.

She’s filed from twenty-five countries and conflict zones including Afghanistan, Egypt, Libya, Ukraine, Lebanon, Syria, and Israel. As London correspondent, she covered the European debt crisis, a royal wedding and baby, and the revolutions in Libya, Egypt and Syria.

She’s earned three Geminis, including “Best Reportage” for her work in Afghanistan, and “Best Digital” for a Canadian election special called “Ormiston Online.” In 2011 she won a Foreign Press Association award in London.

Anita Li was our second panelist. Since her graduation from our Master of Journalism program in 2011, she has worked in numerous places, from the traditional to the cutting-edge digital. Currently she’s senior editor at Fusion, a news and culture site for a young and diverse audience.

She is the founder of The Other Wave, a website dedicated to covering film and television from a multicultural perspective, and was director of news at Complex. Previous reporting and editing positions have been at Mashable, the Toronto Star, Globe and Mail, CBC and CTV, among other media outlets.

Last year, Li gave a TEDx talk on the importance of diversity in journalism. She is based in New York City.

Alyshah Hasham was our third panelist. She is one of our accomplished Bachelor of Journalism graduates, based in Toronto for the Toronto Star.

Hasham has been with the Star since 2011, and has worked as the courts and legal affairs reporter since 2014, which is why these days, she’s most often spotted wandering the halls of the downtown courthouses.

She graduated from Carleton five years ago with a double honours degree in Journalism and English Literature.

She is currently a journalist with CBC Ottawa. It’s just the latest position in a 20-year career that began at the Financial Post. Most recently she was the city editor for the Ottawa Citizen, where she won a National Newspaper Award for leading the coverage of the triple homicide in Wilno, Ont. in 2015.

She is probably best known for covering Ottawa City Hall as a reporter and columnist. For years Chianello has been a regular member of CBC Morning’s City Hall panel each Thursday.

Women in journalism. Why are we still talking about it? Because it matters. Still. So does greater representation of culture, of language, of colour and wealth in the media.”

As journalists, all of us have a responsibility to voice the issues of marginalized groups. Because they are marginalized they do not have a voice. We have a very powerful voice. And it’s why it’s so important to have diversity in your newsroom.”

Many thanks to our table sponsors

Thanks also to those who sponsored students 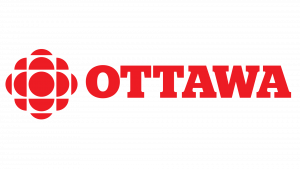