Nana aba Duncan, an award-winning CBC journalist and leading advocate for underrepresented perspectives in journalism, will be the first to hold the Carty Chair in Journalism, Diversity and Inclusion Studies at Carleton University’s School of Journalism and Communication.

The teaching and research chair is the first of its kind in a journalism school in Canada and focuses on anti-racism, decolonizing journalism and fostering greater equity, diversity and inclusion in journalism education and in the media industry at large.

Duncan takes up the position at a critical time for Carleton’s journalism school – the oldest in Canada – as it confronts the challenge of reversing decades of systemic racism and takes concrete steps to change journalism.

“My mission is to lead Carleton in establishing a new foundation for journalism in Canada, one that values journalists equally for their professional expertise and their lived experiences,” said Duncan, who will formally take up her position on July 1 as a full-time, tenure-track member of Carleton’s journalism faculty at the rank of Associate Professor.

“As a Black woman who is a journalist, I see this position as a genuine effort towards change. I also know the pressure that exists for one racialized person in such a role. This will take the continued effort of a whole team, and I’m excited to be part of it.”

One of Duncan’s first tasks will be to work together with other members of the Carleton journalism faculty to look at how the program introduces students to diversity and equity issues in the curriculum, especially in the early years of the program at both the undergraduate and Master’s level.

Duncan will also be designing a new course for third-year journalism students on the theme of decolonizing Canadian media. Another important part of Duncan’s broad mandate in the new position is to conduct ground-breaking research in journalism and diversity and to reach out to partners in Canadian newsrooms. 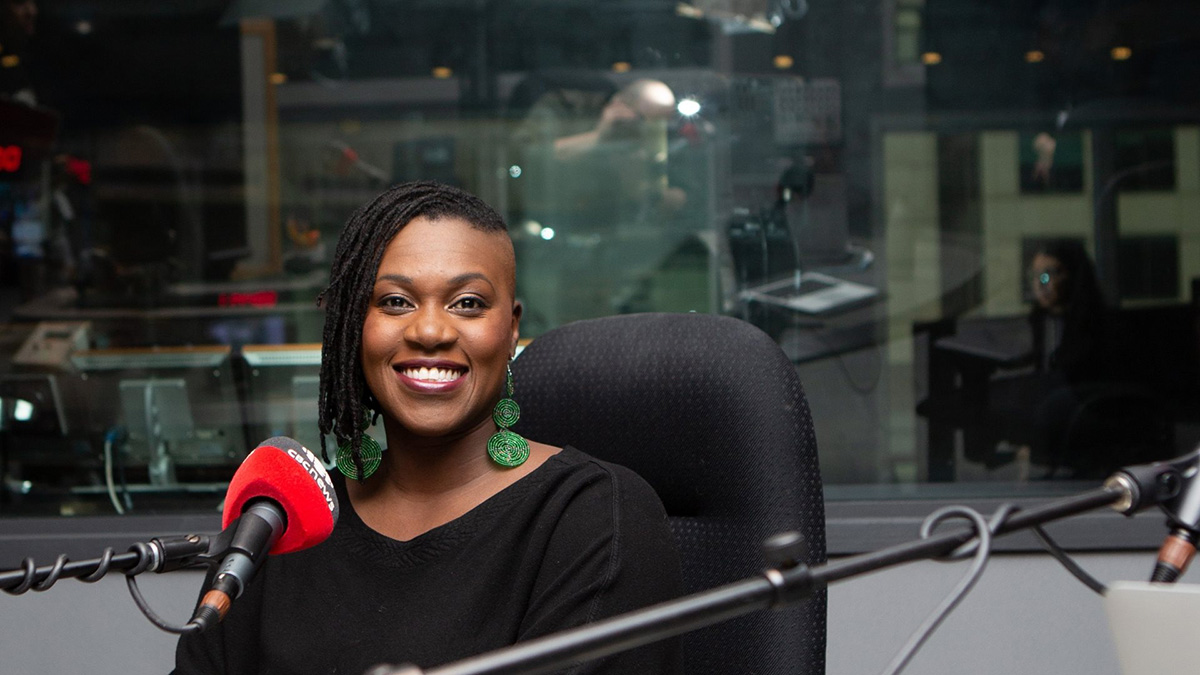 As a CBC journalist, Duncan has hosted radio shows like Fresh Air, Day Six, Metro Morning and Here and Now. She was also the founding co-chair of DiversifyCBC, a 300+ member country-wide employee resource group for racialized people. Currently, Duncan is a William Southam Journalism Fellow at the University of Toronto’s Massey College, where she is researching the experiences of racialized leaders in Canadian media. Duncan will expand that research at Carleton.

Duncan is also the founder and executive director of Media Girlfriends, a podcast company, peer support network and scholarship that supports women and non-binary journalists and pushes for more perspectives in Canadian media, particularly those from racialized communities. Media Girlfriends grants an annual $30K student scholarship, and is currently producing a Black history podcast and video series with Historica Canada.

Duncan was a delegate of the Leadership Academy for Women in Media at The Poynter Institute for Media Studies. She holds a Master’s degree in journalism from the University of Western Ontario and early in her career she won the International Development Research Centre’s international journalism award. That program took her to her birthplace, Ghana, where she reported with Ghana Broadcasting Corporation and moved on to produce human rights stories and helped to establish the radio division of Journalists for Human Rights. She was for a time the country director for JHR in Ghana.

Once back in Canada she began her career with the CBC.

Duncan’s appointment to the Carty Chair is a critical step in Carleton’s action plan on equity, diversity and inclusion. The leaders of Carleton’s journalism program acknowledged in an open letter to students posted last June that as the oldest journalism program in the country, it has a responsibility to acknowledge the role it played in the perpetuation of systemic racism in the education of young journalists.

“I’m extremely pleased to welcome Nana aba Duncan as the inaugural holder of the Carty Chair in Journalism, Diversity and Inclusion Studies,” said Dean of the Faculty of Public Affairs, Brenda O’Neill. “As a respected journalist and strong advocate for the underrepresented in journalism, she is a perfect choice.”

The journalism program set out a clear plan of action last year to try to address the very real concerns about the lack of diversity and inclusion in the program and to do more to ensure that racialized students feel welcome and heard in the classroom.

One of the first steps in that action plan was the creation of the Carty Chair in Journalism, Diversity and Inclusion Studies. But the journalism school also undertook a redesign of undergraduate courses to ensure they have a strong central focus on diversity and inclusion. The same was true at the graduate level, where a new course on journalism, race and diversity was introduced last September.

Clear guidance was given to instructors to be mindful of diversity and inclusion issues in course design and delivery and in interactions with students. And as a first step, all instructors and staff were asked to participate in unconscious bias training.

The journalism program also made it mandatory for all of our students to complete a course in Indigenous history in order to meet our responsibilities more fully as a journalism program under the Truth and Reconciliation’s Call to Action 86.

The journalism program established a Permanent Working Group on Anti-Racism and Inclusion and also supports the work of the student-led Association for Equity and Inclusion in Journalism.

“Addressing diversity and inclusion is a central challenge to our credibility as an institution serving the full diversity of Canadian society – not only with regard to race, but also ethnicity, religion, gender, sexual orientation and ability,” said Allan Thompson, the head of the journalism program.

“I can think of no better person for this job right now than Nana aba Duncan.”

The Carty Chair is named for E. Bower Carty, a career public servant who rounded out a lifetime of generosity by donating his estate, valued at more than $6 million, to Carleton University.