Carleton University: the future of Journalism is here

A flagship for nearly 75 years and counting

Three of the first six degrees granted by Carleton in October 1946 were awarded to Journalism students. 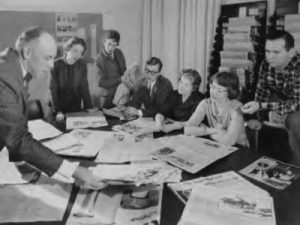 The university’s journalism program was launched in October 1945, partly in response to the strong demand for instruction coming from soldiers who returned to Ottawa after the Second World War.

The program was soon spearheaded by the distinguished newspaper columnist, historian and public servant Wilfrid Eggleston, who is widely viewed today as the father of journalism education in Canada.

By the time Carleton’s sprawling new campus opened along the Rideau River shore in 1959, journalism had grown from its humble beginnings in rented space in downtown Ottawa to become one of the university’s signature degree programs.

“Our first quarters in the old building on First Avenue consisted of two small rooms on the second floor,” Eggleston recalled in his 1968 autobiography, While I Still Remember. “Our first equipment took the form of half a dozen ancient typewriters, bolted to benches alongside the walls… Our first library consisted of a short row of books in my office.

With no more equipment than that, the first waves of students, wonderful candidates in every respect, seasoned war veterans many of them, were prepared for the life work they had chosen.”

Now based in Carleton’s Richcraft Hall, the School’s journalism students of today are trained in the latest digital technologies while still receiving the academic education that sets them apart from journalism graduates elsewhere. 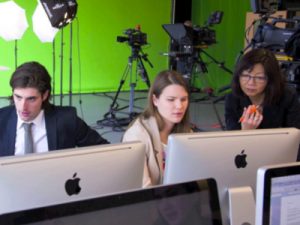 Susan Harada (right), head of Carleton’s journalism program from 2014-2020, works with a team of TV students.

That belief – that Carleton journalism students should not only have practical skills but also a broad and deep university education embracing the arts, humanities, social sciences and other spheres of knowledge – is one aspect that has not changed over the years.

It’s why Canada’s original journalism school is known for preparing its thousands of graduates for careers in the news industry and a host of other fields that required research skills, public engagement and effective communication.

Founded during the golden age of newspapers, Carleton’s J-School remained a key training ground for print journalists even as it evolved, by the 1970s, into the country’s top degree program for television and radio professionals, as well.

During that decade, the school added an academic Communication program to critically examine the role of mass media in society.

As the school expanded and matured, its faculty members emerged as authoritative voices on national issues related to the news industry, journalism ethics, media law, politics and more. 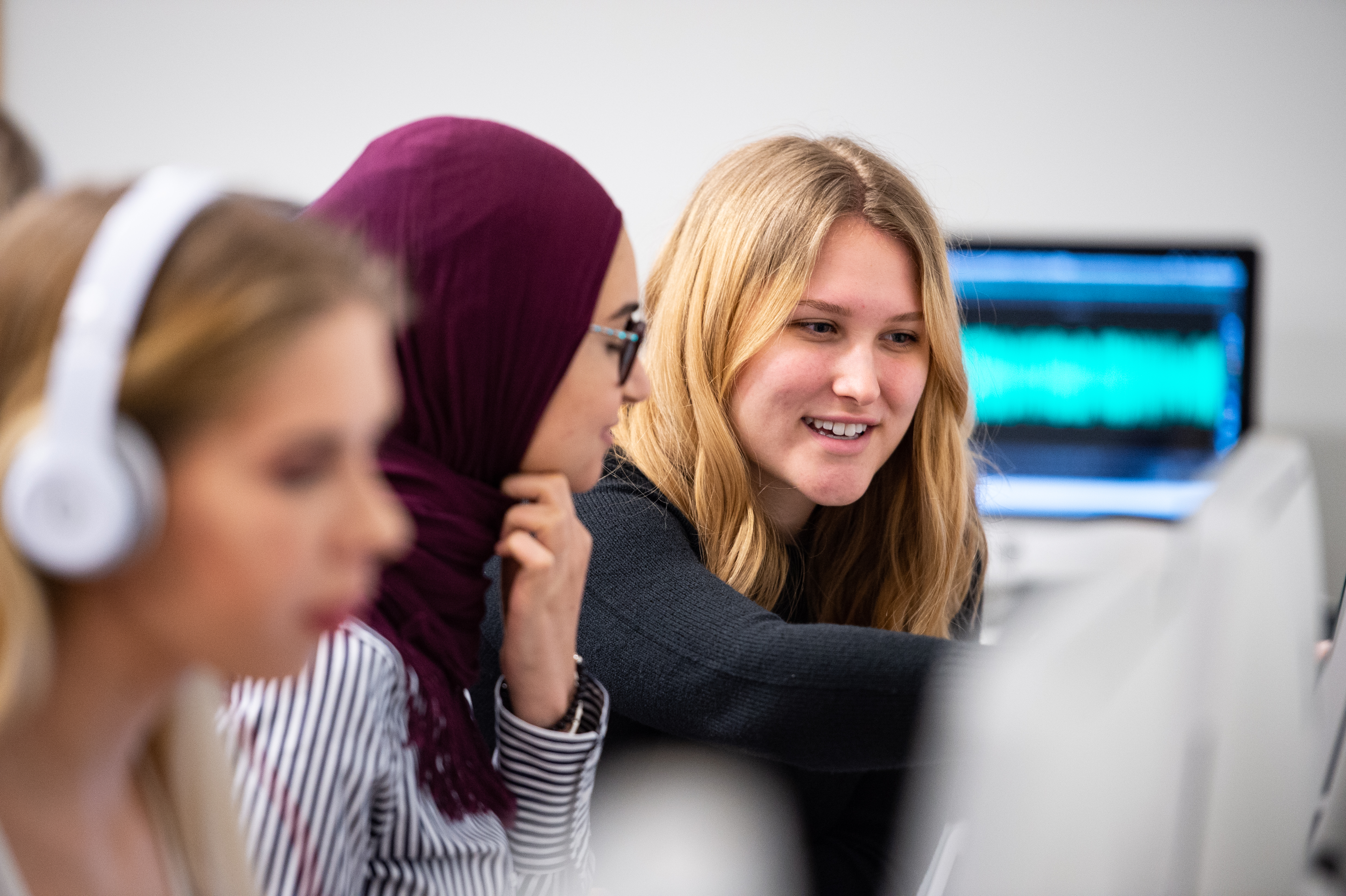 And as the world sped up and technology rapidly evolved, the Bachelor of Media Production and Design – introduced in the fall of 2018 – became the latest example of how Carleton’s School of Journalism and Communication continued to embrace change and adaptation in order to prepare new waves of graduates for careers in a digital world dominated by ever more social, mobile and dynamic means of spreading news, opinion and information.

Heading into the digital future and armed with the conviction that excellent journalism is more important than ever, the School created a dynamic new digital publication called Capital Current. 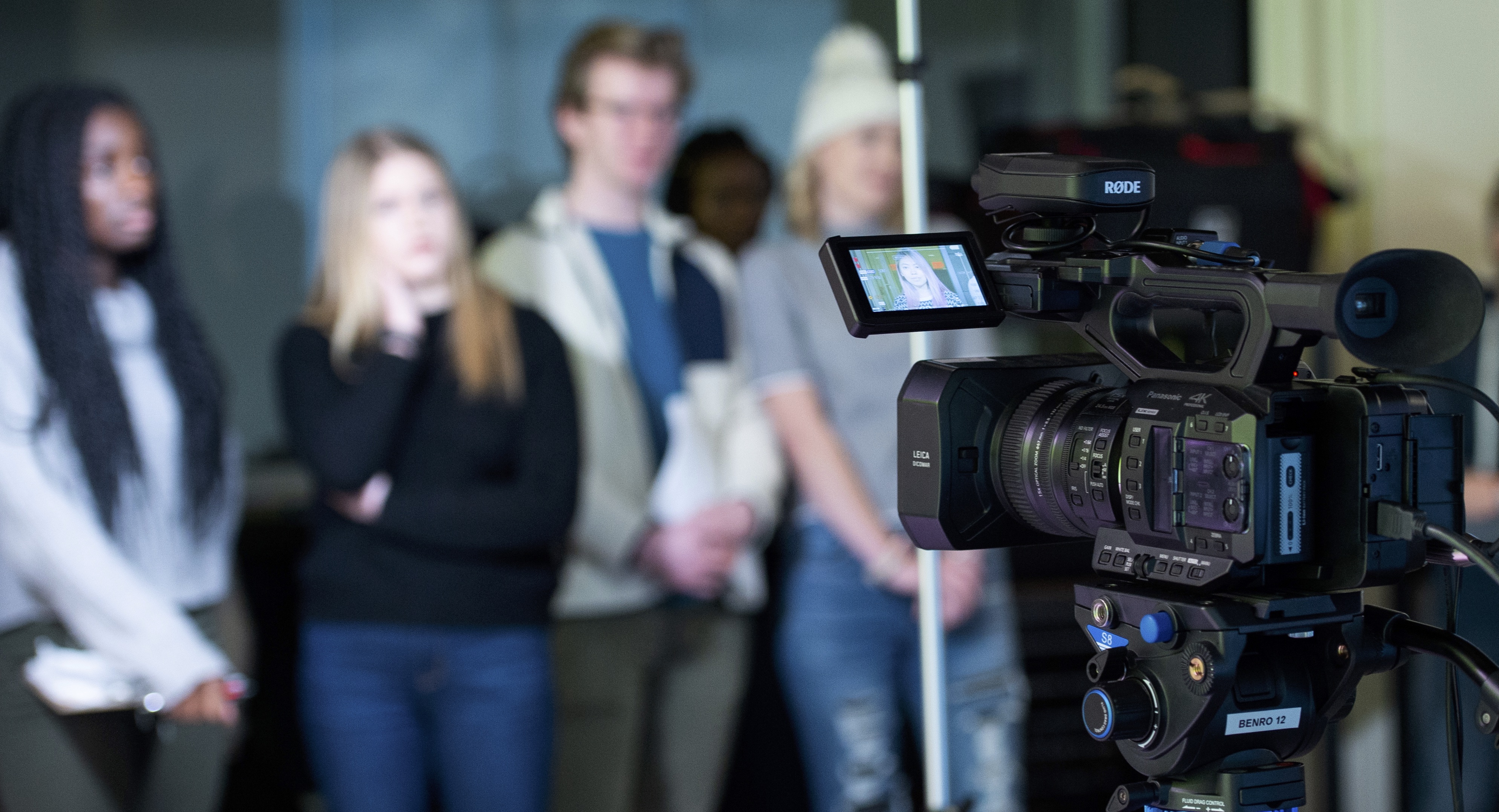 But more than just a vehicle for student work, Capital Current is built for a larger journalistic mission – to recognize and act on the the belief that without credible sources of local news and information, voices go unheard, citizens cannot make informed decisions, and democracy weakens.

Become a part of our story →