Helen Branswell, an award-winning health journalist who was one of the first to raise the alarm about COVID-19, received an honorary degree from Carleton University during the June 21 Convocation that included journalism graduates. 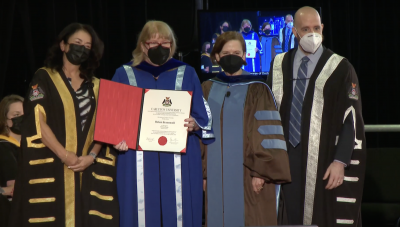 Branswell is senior writer at STAT – an online news site based in Boston specializing in health and medicine – where she covers infectious disease and global health.

Branswell was recognized for an outstanding career in health science, infectious disease and global health journalism exemplified by her stellar coverage of the COVID-19 pandemic.

“I stumbled into science reporting late in my career and it has been just the most interesting work,” Branswell said. “To have Carleton recognize my journalism in this way was truly unexpected. I’m humbled — and thrilled.” 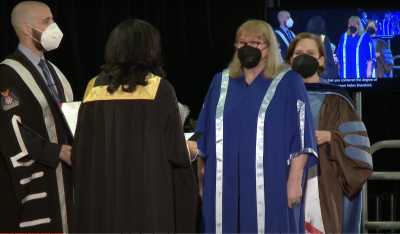 Branswell joined The Canadian Press (CP) in 1986 and was CP’s medical reporter from 2000 to 2015. She was plunged into epidemic reporting during the SARS outbreak of 2003. Since then, she has written about bird flu, the H1N1 flu pandemic, Ebola, Zika, polio, measles and of course, COVID-19. She joined STAT in 2015 and now leads its coverage of the coronavirus pandemic.

“Helen Branswell’s body of work exemplifies the important role that journalists played in helping us to better understand the pandemic and to navigate one of the most serious public health crises in generations,’’ said Allan Thompson, the head of Carleton’s journalism program. “Helen should be classified among the first-responders who have helped us all to get through this crisis.”

“Helen Branswell is an absolutely extraordinary journalist. She was one of the first to see COVID-19 for what it was: Back on New Year’s Eve 2019, she presciently worried on Twitter that the “unexplained pneumonias in China” were giving her ‘SARS flashbacks,’” Everts said.

“I’m utterly delighted that Carleton has the honour of counting her among our alumni.”

Carleton confers honorary degrees as a way to convey to the world it’s values and principles by recognizing the contributions and accomplishments of exceptional individuals. Branswell was awarded a Doctor of Laws (LL.D.) – a degree awarded for outstanding service to the University or to the community as a whole.

Josh Greenberg, Director for Carleton’s School of Journalism and Communication, submitted a nomination letter for Branswell.

“Ms. Branswell is among the most influential health, medical and science journalists in the world and is highly worthy of this recognition,” Greenberg said. “She has been a consistent source of reliable, evidence-based reporting about the COVID-19 pandemic for more than two years.” 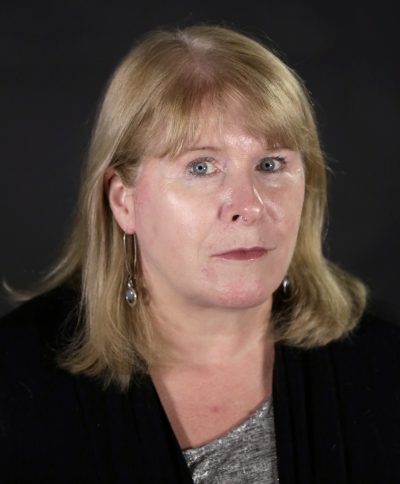 Branswell is no stranger to awards. She was the recipient of the AHCJ Award for Beat Reporting in 2018. In 2020, she won the George Polk Award for Public Service and was named a Pulitzer finalist for her coverage of the COVID-19 pandemic. In 2021, she was awarded the Victor Cohn Prize for Excellence in Medical Science Reporting.

“Helen’s ability to report accurately and courageously on stories where scientific uncertainty is a given is impressive and remains one of the most challenging aspects of mastering science journalism,” O’Hara said.

“Helen is simply one of the very best health journalists at work today.”