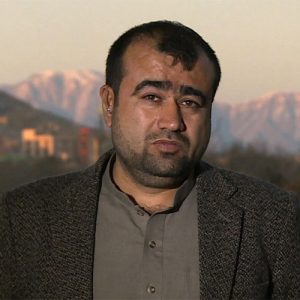 Born in 1981 under the former Soviet Union Occupation of his motherland, Afghanistan, Qais has lived through the communist rule of his country that was followed by 4 years of Civil War and the subsequent 6 years of the Taliban regime.

With 2001 collapse of the Taliban regime, Qais started working as a freelance fixer with The New Yorker Magazine, The Wall Street Journal, and a number of other western media outlets that poured in Afghanistan to cover the post 9/11 US and NATO invasion of the country.

Following years of hands on experience, in 2004 Qais was hired by the National Geographic TV Channel as a field researcher for their projects, documentary films, and other still photo-profile stories.

In Oct. 2006 Qais was hired by the Al Jazeera English TV channel as their Afghanistan producer. In 2009, Qais was promoted as the Senior Producers for the same Qatar based TV network and as a result Managing Aljazeera’s Kabul bureau, on top of leading news coverage, original multi-platform story telling, analysis and features were added to his responsibilities.

During his 16-year journalism career, Qais’s work has been recognized internationally. He was one of the fearless reporters whose work included embedding with the insurgent groups for a number of times. In fact, his TV news package, following his 2008 embed with the Taliban fighters in Southern Afghanistan, won the 2nd best TV Item prize at the Monte Carlo Television Festival as well as nominated for the Royal Television Society Award.

Qais has also interviewed a number of high ranking government officials including the Afghan president, Afghan ministers, and foreign ambassadors. He is known for his challenging questions from a number of world leaders such as US Secretaries of State, Hillary Clinton and John Kerry; British prime minister, Gordon Brown; Russian President, Vladimir Putin; Iranian President Mahmoud Ahmadinejad; and many more.

Currently, Qais is studying towards his Master’s of Journalism at Carleton University.