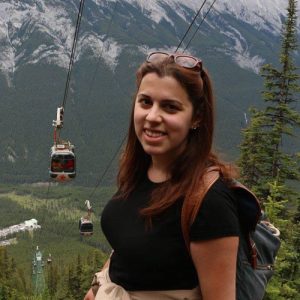 Jenna Cocullo graduated Concordia University honours BA in Anthropology and Communication Studies with film. During her time there she ventured into student politics; she sat on the CSU’s council and later became the president of the Arts and Science Federation of Associations.  She is an environmental activist and first got involved as an organizer with Divest Concordia.

During that time she also pursued her passion for documentary filmmaking and storytelling and is currently working on a featured documentary.

From Montreal, home of the Habs, she has moved to Ottawa to pursue her Masters of Journalism. Her main focuses are on politics and human rights issues. During her spare time you can find her smashing the patriarchy or climbing a mountain.