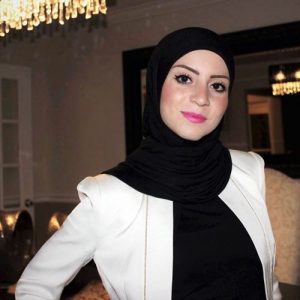 Batoul Hreiche’s passion for journalism stems from the stories her parents shared of their lives in war-torn Lebanon prior to their immigration to Canada. During her undergraduate studies, Batoul wrote for several Ottawa-based community newspapers as well as student publications. She also completed three internships with CPAC, the Canadian Commission for UNESCO and CBC/Radio-Canada. While at CBC, she reported several news stories and was one of the very few hijab-wearing women to ever do so on Canadian television. Batoul also worked as a media analyst with the Privy Council Office, in the division of the National Security Advisor to the Prime Minister. She’s excited about building upon the success she has already accomplished with her undergraduate degree and with being part of a prestigious governmental department. Batoul’s graduate thesis explores the concept of “jihad” in mainstream media.