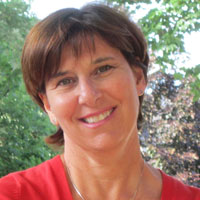 Janice Tibbetts is an experienced journalist who spent more than two decades in daily news, writing for newspapers and news agencies in Central, Eastern, and Western Canada. She covered numerous beats, including the Supreme Court of Canada, Parliament Hill, and the Alberta and Nova Scotia legislatures.

Most recently, she was a longtime justice reporter for Postmedia News, before leaving in 2011 to pursue her master’s degree in journalism. She has discovered in recent years that working with students is every bit as exhilarating as daily reporting.

Janice also writes a journalism education column for j-source.ca and is a member of the Canadian Committee for World Press Freedom.

She joined Carleton this year after teaching for two years at Concordia University in Montreal.

In 2015-2016 she is co-teaching the core reporting bootcamp for Master of Journalism students, as well as new media reporting, reporting in-depth, reporting fundamentals and advanced new media at the undergraduate level.