“Perestroika’s Dark Side: Nationalism, Racism and Crisis on Moscow Streets at the End of the Soviet Union” webinar 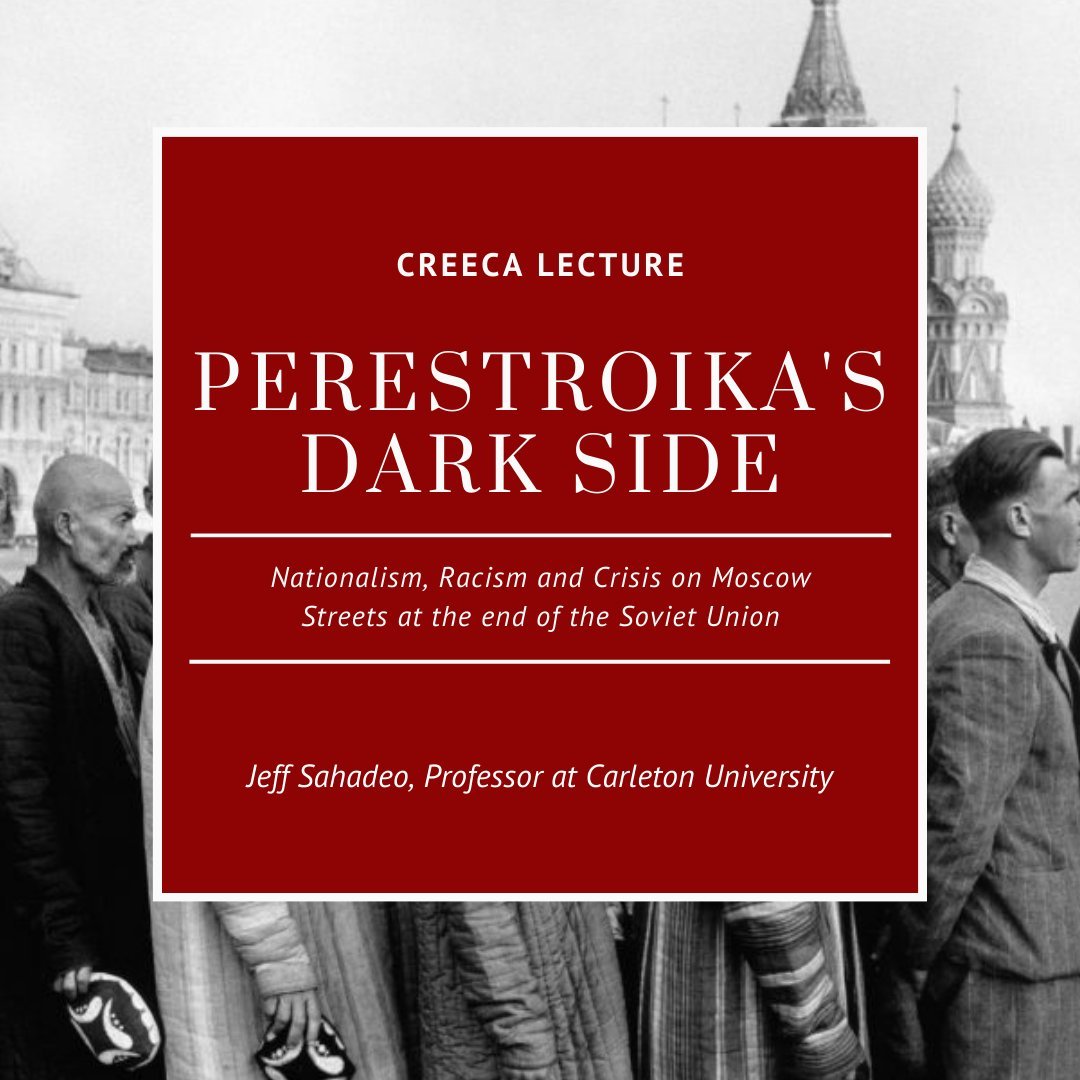 The Center for Russia, East Europe, and Central Asia at the University of Wisconsin-Madison is hosting a lecture with Professor Jeff Sahadeo, which is open to everyone and conducted via Zoom.

Migration from the Soviet South (Caucasus and Central Asia) to the capital, Moscow, dramatically increased in the 1980s. Newcomers sought to take advantage of top-quality education, professional opportunities and to trade as economic conditions in their homelands grew more challenging. Street traders from Azerbaijan, Uzbekistan and elsewhere, whose fruit and flowers fetched much higher prices than they might at home, came to symbolize a changing Soviet Union for Moscow’s residents. Mikhail Gorbachev’s efforts to bring openness (glasnost) and economic restructuring (perestroika) to the USSR brought initial enthusiasm to Soviet citizens, who hoped for increased social mobility and economic opportunity. As reforms faltered, however, as prices rose and shortages appeared in the planned economy, the goods and services provided by these Soviet southerners became at once more important and more resented by Moscow’s Slavic majority. Nationalist and racist ideas, percolating under the surface alongside increased south-north movement, burst into the open in the late 1980s and changed life plans of many of these southern migrants. Based on oral histories of the time, this presentation reveals connections between mobility, nationalism and racism in Moscow and across the USSR. By 1990, when hope for progress ebbed, the Soviet maxim of the Friendship of the Peoples evaporated and migrants no longer considered Moscow “their” capital.

Please register for the webinar here.