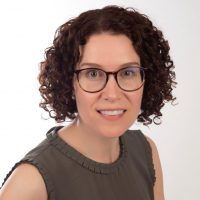 Dr. Erika Bariciak completed her medical training at the University of Western Ontario and her Pediatrics and Neonatal-Perinatal training at the University of Ottawa. She is an academic neonatologist at the Children’s Hospital of Eastern Ontario and the Ottawa Hospital General Campus. She collaborates with computer, biomedical, and electrical engineers at Carleton University and the University of Ottawa in the development of clinical decision support and outcome alert systems for the NICU.  She also investigates novel neonatal abdominal imaging modalities, and conducts clinical studies investigating neonatal renal function and expanded newborn screening technologies.