By Jena Lynde-Smith
School of Journalism and Communication

Adrienne Arsenault doesn’t take no for an answer. From a young age, she knew that reporting was what she wanted to do and nothing was going to stand in her way. Now an award-winning senior correspondent and a host for CBC’s The National, Arsenault fights the good fight.

She grew up immersed in a world of television. Her father was a comedy director for the Canadian sitcom, King of Kensington. He was also one of the first producers on Hockey Night in Canada. 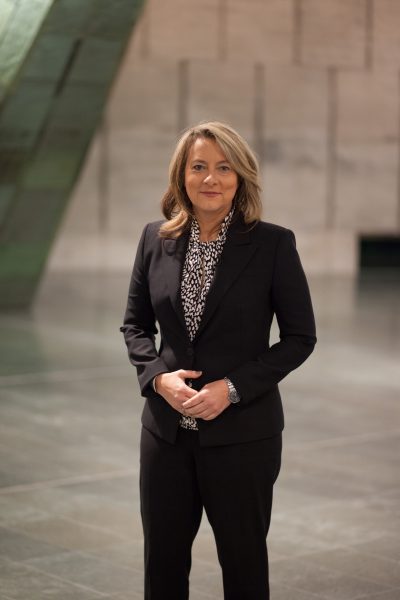 “I was toilet-trained on the set of Trouble with Tracy,” she said.

Her father made her promise not to go into the (entertainment) television industry, to which she agreed. She said she wasn’t concerned with it anyway, as radio interested her more. Each evening during dinner with her parents, Arsenault would listen to the CBC, the only channel she thought existed on the radio. She was enthralled with the stories.

“I realized they were far more interesting to me than the made-up stories,” she said.

After travelling to the Middle East for the first time, Arsenault said to her father, “I’m living in a novel, I keep turning the page every day and I don’t know how it’s going to end.”

Arsenault’s 91-year-old mother has been nothing short of supportive of her career, despite how scary it is at times. She said her mother has also doubled as her informal at-home assignment editor.

“She says ‘as long as I hear you at the end of night, and I know the names and faces of your colleagues, then I know everything is okay,’” she said.

Arsenault’s career is not one for the faint of heart, but it’s one she said she loves dearly. The story of how her career started is nearly unbelievable, but as she said to her father, these are not made-up stories.

She had just finished her master of journalism degree and had an interview for the CBC’s radio show As It Happens. At the time, the radio and television newsrooms were in different buildings. On the way to her radio interview, Arsenault ended up getting lost in the television building. When she asked for directions, she was offered a job with television instead.

“I stumbled, through my own incompetence, into my first job,” she said.

Everything since then just fell into place.

Arsenault has been a senior correspondent for The National for 20 years, becoming the face of Canadian foreign reporters. She’s reported from dozens of war zones across the world, following crises wherever they have taken her. In 2017, she was asked to join the program as a host.

“One person in an hour-long show can be everything… do all of the intros, the interviews and the panels… That sounded like an interesting challenge to me,” she said.

But before agreeing, she had one condition.

“I said, ‘as long as I’m a correspondent first.’ You can’t strap a journalist down.”

This fighting attitude has allowed Arsenault to cover some of the most treacherous international stories, leading to numerous awards including the Commonwealth Broadcasting Association’s journalist of the year; two Gemini Awards in the categories of Best Reportage and in Best News Magazine Segment; and, awards and accolades from the American Society of Professional Journalists, the Radio and Television News Directors Association, and the New York and Columbus festivals.

In 2015, Arsenault won the News & Documentary Emmy Award for her coverage of the Ebola virus epidemic in Liberia. At the third annual Peter Stursberg lecture, Arsenault said that being on the ground in Liberia opened the door for the truth to “shout” at her. She said that while North America was gripped with “fear-bola,” which refers to the irrational fear of the virus, she was able to see what was really happening.

“They were able to manage it exceptionally well. When they got people help, and they pushed past the stigma, they treated Ebola at MSF clinics with Tylenol, and those that got there in time were okay,” she said.

In a world of made-up stories, whether on television or the internet, this truth-seeking is what Arsenault said drives her each day and keeps her searching to uncover even more distant realities.

“We are generations apart from Halton and Stursberg but we all still know in our bones you can’t convey the cost of a distant catastrophe unless you go there and shrink that distance,” she said. “Amazing things happen when you get close. The truth shouts at you. The truth shouts at you whenever you get the privilege to go and stand right in front of it. I consider myself lucky to be able to go and I promise you that feeling of privilege is the same for my colleagues around the world.” 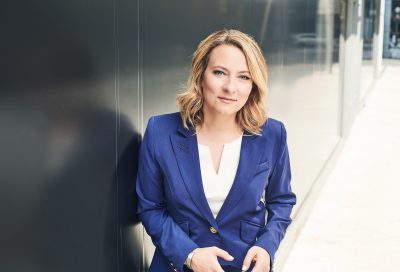 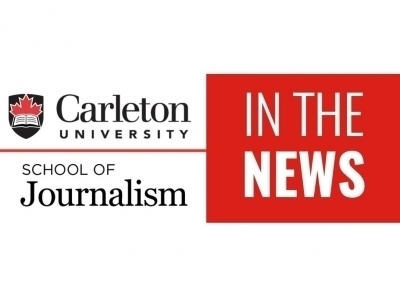 Andrew Cohen in the Ottawa Citizen: Kamala Harris’s foray into foreign policy is all about...

Andrew Cohen in the Ottawa Citizen: Kamala Harris’s foray into foreign policy is all about her future 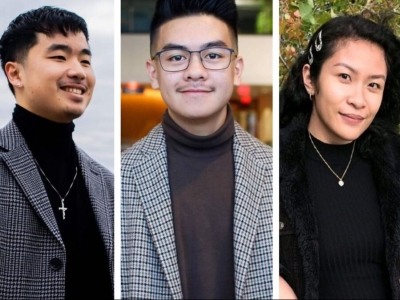 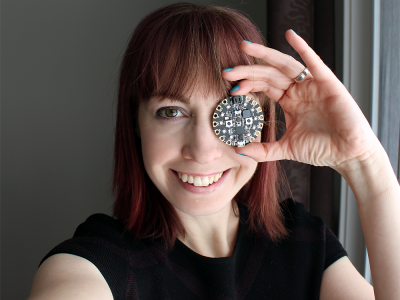 Vicky McArthur, the director of Carleton’s Media Production and Design program, has won a Research Achievement Award in recognition of her outstanding contributions to research in her field. McArthur will... More 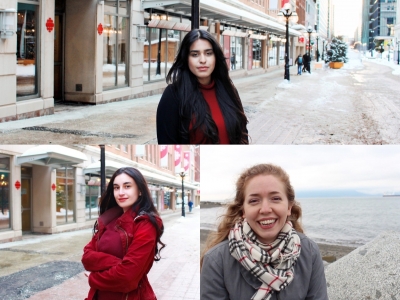