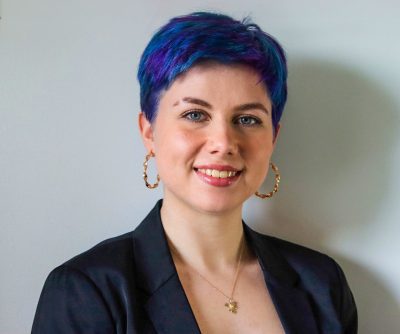 Carleton’s journalism program partnered with CBC North last year to create the new, paid internships for Carleton students in CBC newsrooms in such communities as Iqaluit, Yellowknife and Whitehorse.

Danen will join the CBC North team in Yellowknife later this summer.

“Getting the opportunity to move to Yellowknife and work with CBC North is really meaningful to me because it reminds me a lot of the community I was raised in,” said Danen, who grew up near Tavistock, Ontario.

“Yellowknife’s population is roughly the same size as the population that I was reporting on when I worked for the Wilmot-Tavistock Gazette, and already in talking with Yellowknifers in preparation for my placement their hospitality and kindness remind me so much of home. I feel it in my heart that the strange familiarity of Yellowknife will make it the perfect place for me to spread my wings and start my career as a journalist.”

Danen is a young journalist passionate about politics, social inequality and small-community reporting. Raised on a farm outside Tavistock, she says her passions stem from the small community that raised her and taught her that every person has an important story to tell. She first began pursuing a career in journalism as a teenager, publishing stories in her local newspaper. Now after completing four years of study at Carleton University, Danen will soon be graduating with a Bachelor of Journalism with minors in Sociology and Political Science. 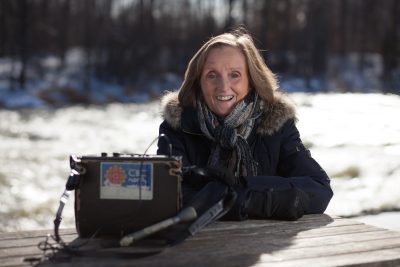 Carleton’s partnership with CBC North was the brainchild of retired journalism professor Mary McGuire, who approached the CBC with the original proposal to create the internships and a commitment to establish a special fund at Carleton to help cover the high cost of travel and accommodation for students selected for these internships at CBC North and for other paid work opportunities in the North. 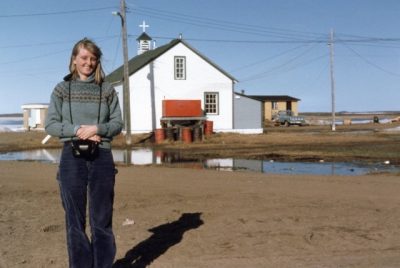 Mary McGuire on a stopover in Tuktoyaktuk on the Arctic coast in the summer of 1981 on her way to Herschel Island in the Beaufort Sea for CBC Radio.

The internship was launched last year but because of COVID-19 travel restrictions, the first iteration of the internship program was conducted remotely. Recipient Meral Jamal was based in Ottawa, reporting to CBC North.

But Danen will get a chance to live and breathe Canada’s North, working with CBC North in Yellowknife.

Through an initial, four-year agreement that is open to renewal, an outstanding Carleton journalism graduate is selected each summer to go North as a reporter for the CBC.

“We’re really excited about the arrival of this year’s Carleton intern, Rose Danen,” said Mervin Brass, the senior managing director heading CBC North. “Her small town roots and sense of community will serve her well in the North.”

“Our goal is to build a partnership with Carleton that will help us develop northern journalists. This internship is the start of that relationship,” Brass said.

The fund created by McGuire helps to offset travel and living costs for the intern.