Please RSVP using the form below. 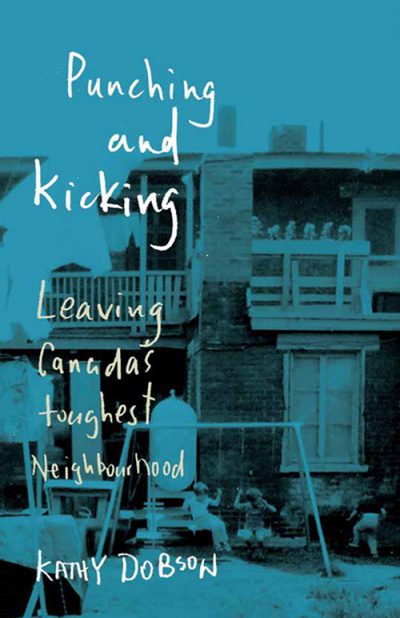 People don’t leave the Point, even if they move far away. Or at least that’s how it seems to journalist Kathy Dobson. Growing up in the 1970s in Point St. Charles, an industrial slum in Montreal, she sees how people get trapped in the neighbourhood. In this sequel to the highly praised With a Closed Fist, Dobson shares her journey of trying to escape from what was once described as the toughest neighbourhood in Canada. Kathy and her five sisters, raised by their single mother, deal with slum landlords, “pervy uncles,” and their father—a mostly absent police officer who does occasional work on the side for the local mob. As Kathy grows up and starts attending college outside the Point, she has to learn how to survive in a new environment where problems aren’t solved by a good punch to the head.

“In a place between the profound and the profane, lives a raw, unapologetic, and funny voice of Kathy Dobson. In an honest and harrowing account of poverty, she tells a powerful story of resilience of a girl turned woman.”—Merlyna Lim, Canada Research Chair, Carleton University

“It is our early-years—our environment, experiences and relationships—that makes us who we are. The world needs more story-tellers and story-listeners like Kathy Dobson.”—Gwen Phillips, BCFNDGI 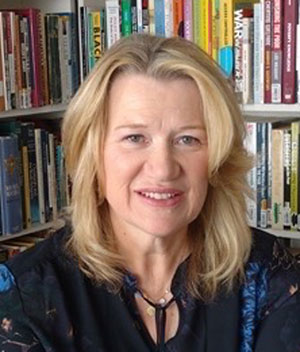 Kathy Dobson is the author of With a Closed Fist: Growing Up in Canada’s Toughest Neighbourhood (2011). Her work as a journalist has appeared in The Globe and Mail, National Post, and on CBC Radio. She is a Vanier Scholar and doctoral candidate in the School of Journalism and Communication at Carleton University.

The book is available for sale during the launch for $25, cash, cheque or credit card. All author royalties from the sale of a book go to Saint Columba House, a non-profit social service agency in Point St. Charles that has a long history of engagement in the work of social change to address social and economic injustice through actions, community engagement, and advocacy.

The event is co-hosted by the Faculty of Public Affairs, School of Journalism and Communication, Véhicule Press, and the ALiGN Media Lab.