The Peter Stursberg Lecture
A Life in Words

A Life in Words 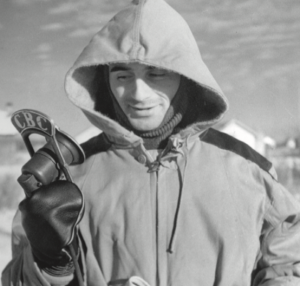 Peter Stursberg was born in China in 1913, the year before the outbreak of the First World War. His mother was half Japanese and half Irish. His father was an offcial in the British colonial administration.

He was schooled at home in China until he was 10 and then sent to boarding school in Britain. He attended McGill University, but left during the Great Depression because he had no money.

His foreign birth, the exotic quality of his family and his relative poverty made him the quintessentially Canadian immigrant.

In early 1932, when he was 19, he landed a job as a journalist in British Columbia. By dint of sheer chutzpah, he managed to return to Britain as an Empire Press Union Exchange reporter. This allowed him to visit Czechoslovakia just before it was betrayed by Britain and France in 1939.

On his return to Canada, he joined the newly created CBC news service. When the Second World War broke out, he pestered the CBC management so incessantly that they finally agreed to make him a war correspondent.

He arrived in London at the beginning of 1943 and began making the broadcasts that would make him a household name in Canada. He covered the Canadian invasion of Sicily, the terrible battles up the length of Italy, the liberation of Holland and the entry of the Allied troops into the wreckage of Berlin.

Through the course of all this, he somehow managed to write his first book: Journey into Victory.

By the end of the war, he was 32 and famous. He wanted to go back to Canada, but the war was over and the CBC did not need any more war correspondents. He was out of work.

Somehow, he managed to land a job in London as the roving correspondent for the Daily Herald, which sent him to cover the last days of the Raj. He interviewed Gandhi and Nehru and reported on the catastrophe of the partition of India.

Finally, the CBC took him back and made him its first correspondent to the newly formed United Nations. This led to his second book: Agreement in Principle is a funny and bitter account of the UN’s failure to live up to its promise. 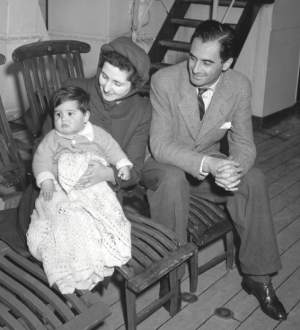 After six years in New York and having been away from Canada for almost 15 years, he returned as Ottawa editor of the Toronto Star. Once home, he began the most productive period of his career. He became one of the founders of private TV news; he set up an internationally syndicated radio service; and, he began writing books at a ferocious rate.

When he retired, he moved back to British Columbia, where his career had begun.
In retirement, he continued to write, producing biographies of various well-known Canadians, a pair of memoirs and a history of the Canadians in China. 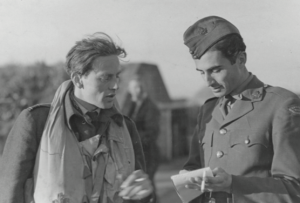 The wheel came full circle when he published his last book – an account of his exotic family and their days in China – at the age of almost 90.

He received the Order of Canada when he was 82.

He died at 101, the last of the Canadian journalists who had covered the Second World War.