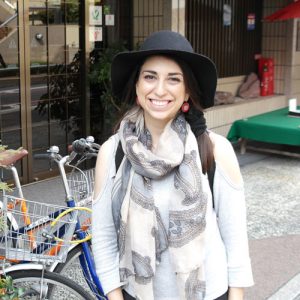 Ash Abraham is originally from Nashville, and graduated with a BA in Global Studies from the University of Tennessee. After witnessing the beginnings of the Egyptian Uprising in Cairo, she realized that she wanted to become a journalist. Ash moved to South Korea and had a chance to volunteer with Open Radio for North Korea, an organization which broadcasts beyond the closed borders of North Korea. She observed the powerful effect access to information had on communities after meeting refugees who cited radio as having a direct impact on their decision to defect from North Korea. Now in Ottawa, Ash splits her time between working on refugee issues, contributing to CHUO 89.1 FM, and writing like mad for local publications.