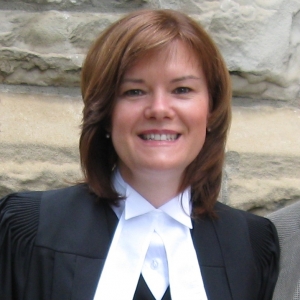 Sherri Beattie is a lawyer, practicing primarily in criminal law. She articled in Toronto and spent several years practicing there before returning to her home in eastern Ontario. Prior to her career in law, she worked as a journalist in broadcasting, as a free-lance producer for “Pamela Wallin Live,” a reporter for CTV News in Saskatchewan and as a reporter and anchor for CKWS television in Kingston, Ontario.  She holds a Bachelor of Arts from Trinity College, University of Toronto, Bachelor of Journalism from Ryerson, Master of Journalism from Carleton and a Juris Doctor from Osgoode Hall Law School.