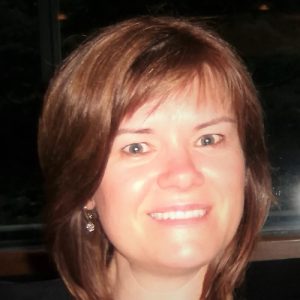 Sherri sits on the Board of Directors of the Renfrew County Legal Clinic which provides legal services to low-income residents of Renfrew County. She also sits on a committee working towards establishing a mental health court in Renfrew County.

Her Master’s thesis at Carleton examined the role of journalists as witnesses at the International Criminal Tribunal for the Former Yugoslavia.  Her thesis explored the role of journalists in reporting from Bosnia, their influence on the public and policy makers, the idea of the journalist as global citizen, the influence of globalization and the human rights movement on conflict reporting, and the ethical questions – including the perceived need for journalists to maintain objectivity and neutrality – that confront war correspondents in deciding whether to testify. The focus of the thesis was the Randal decision from the ICTY in which the issue of compelling a journalist to testify using a subpoena was challenged in 2002. The Tribunal’s Appeals Chamber granted qualified privilege to war correspondents thus establishing a new precedent within international law. The decision also prompted new thinking about a global concept of media freedom based on a public interest privilege

Prior to her career in law, she worked as a journalist in broadcasting, as a free-lance producer for “Pamela Wallin Live,” a reporter for CTV News in Prince Albert, Saskatchewan and as a reporter and anchor for CKWS Television in Kingston, Ontario. While a student at the University of Toronto, Sherri was an arts reporter for The Newspaper.

Sherri holds a Bachelor of Arts from Trinity College, University of Toronto with a combined specialist in English and History and a major in Political Science, a Bachelor of Journalism from Ryerson University specializing in broadcasting, Master of Journalism from Carleton and a Juris Doctor from Osgoode Hall Law School. Sherri received the John W. Graham Prize in Communications Law from Osgoode Hall Law School for her paper, Untimely Demise or Time to Act: The CRTC, Private Broadcasters and Local Television News. From Carleton she was the recipient of the Gordon Sinclair Fellowship in Journalism and spent a year studying at the Université Stendhal in Grenoble France.