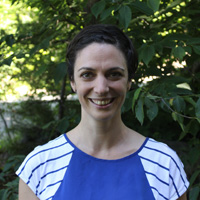 Rena Bivens is Assistant Professor of Communication. Trained as a sociologist at The University of Western Ontario, Rena moved to Scotland to pursue her PhD with the Glasgow Media Group at the University of Glasgow in the Department of Sociology. Before returning to Canada she spent two years as a Lecturer in Digital Media and Mass Communication at The University of Nottingham’s campus in Ningbo, China – the first foreign university (UK) in China with an independent campus. After six years abroad, Rena moved to Ottawa and accepted a SSHRC Postdoctoral Research Fellow in the Pauline Jewett Institute of Women’s and Gender Studies at Carleton University. She was also affiliated with the Simone de Beauvoir Institute at Concordia University as a Research Associate. Rena then went on to become a Banting Fellow in the School of Journalism and Communication at Carleton. The Banting Postdoctoral Fellowships program is funded by Canada’s three major funding agencies (SSHRC, NSERC, and CIHR) and is part of an elite suite of federal programs.

Rena is the author of Digital Currents: How Technology and the Public are Shaping TV News (University of Toronto Press, 2014). Digital Currents brings television news to the forefront of heated debates over the future of journalism. A careful dissection of the production process unravels the relationships between digital media, the public, journalists, and news organizations. Rena’s work has also appeared in peer-reviewed journals such as the International Journal of Communication, Feminist Media Studies, and Journalism Practice.

Bivens, R. (2018) Coding Sexual Violence, or Realizing your ‘Survivor’ Identity is Part of the Problem. No More Potlucks, 49.

Bivens, R. and Fairbairn, J. (2015) “Quit Facebook, Don’t Sext and Other Futile Attempts to Protect Youth” in S. Tarrant (ed.) Gender, Sex, and Politics: In the Streets and Between the Sheets in the 21st Century, New York: Routledge.