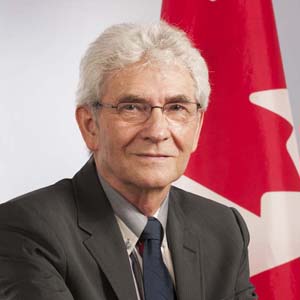 Dennis Gruending has worked as a print and broadcast journalist and a morning show host for CBC Radio in Saskatchewan. He has published eight books, including biographies of Emmett Hall whose Royal Commission recommended Medicare for Canada, and of former Saskatchewan Premier Allan Blakeney. His latest, published in 2018, is called Speeches That Changed Canada. He served as NDP critic for the Environment and for International Development in the 36th Parliament. He later wrote speeches for former Saskatchewan Premier Lorne Calvert, and later still spent six years as coordinator of Media Relations for the Canadian Labour Congress. He writes two blogs.