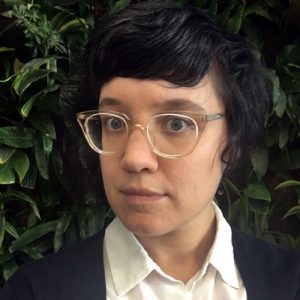 Dr. Dick’s work looks at the relationship between religion, law, media, and public policy. Her work interrogates the historical dominance of Christianity in different liberal democratic contexts. She developed the concept of Christian liberalism in order to understand political and legal discourses which have allowed various iterations of Christianity to be rendered neutral and invisible cultural defaults while the expressions of minority groups (including Muslims, Sikhs, atheists, and LGBTQ+ communities) have been rendered exceptional or requiring of liberal toleration. She has written about how Christian liberalism intersects with the claims of a variety of minority religious groups in both Canada and the U.S. Currently she is working on the SSHRC-funded project, “Christian Persecution at the Courts,” which examines the legal and cultural advocacy work of Christian law firms in the U.S.

“Mitt Romney, Mormonism and the Media: Popular Depictions of a Religious Minority” Journal of Popular Culture 52.1 (2019): 75-97

“Not Without Precedent: Populist White Evangelical Support for Trump” Berkeley Journal of Sociology published online 9 May 2017

“Atheism in Religious Clothing?: Accounting for Atheist Interventions in the Public Sphere” Culture and Religion 16.4 (2015): 372-391

“Between Secularism and Pluralism: Religious Clubs on the Queen’s University Campus” Religion & Education 35.3 (2008): 66-94