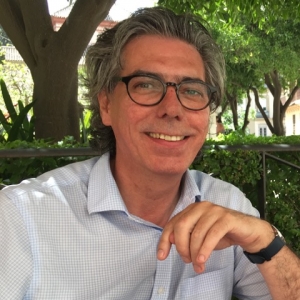 Christopher Dornan holds a Bachelor of Journalism from Carleton University, an M.A. in the History and Philosophy of Science from the University of Cambridge, and a Ph.D. in Communication from McGill University. He taught for two years at Cornell University before joining the faculty at Carleton in 1987.

He has worked as a reporter for the Edmonton Journal, an editor and editorial writer for the Ottawa Citizen, and a columnist for The Globe and Mail and CBC National Radio. In 2006 he was Erasmus Mundus visiting scholar at the Danish School of Journalism and the University of Århus.

Among other venues, his academic work has appeared in Critical Studies in Communication, the Media Studies Journal, the Canadian Medical Association Journal, Topia, Journalism Studies, and the research reports of The Royal Commission on Electoral Reform and Party Financing.

He is the co-editor (with Jon Pammett) of The Canadian Federal Election of 2015 (Dundurn Press) along with five previous volumes in this series.

He was a principal writer and editor for both volumes of the 2012 government-mandated Aerospace Review (the Emerson Report), the Canadian Space Agency’s 2014 Space Policy Framework, and the Public Policy Forum’s 2016 report on the state of the Canadian news media, Shattered Mirror: News, Democracy and Trust in the Digital Age.

He is chair of the board of Reader’s Digest Magazines (Canada).