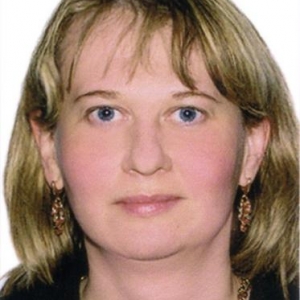 Elena Kaliberda is a PhD Candidate in Communication and Media Studies and an Instructor in the School of Journalism and Communication at Carleton University. Her research focuses on alternative radio, forced migration, and the public sphere. She is currently working on her dissertation titled “European refugee radio as a small-scale public sphere: Exploring and assessing opportunities for deliberation on the issues of refugees’ integration in Germany”. She is also currently teaching a fourth-year Special Topics course titled “Community Radio”. Elena has been involved in the Canandian community media sector with Ottawa Woman publishing and CHIN (CJLL) broadcasting since 2012.  Elena Kaliberda is the recipient of the Robert McKeown Doctoral Scholarship in Communication for 2018-2019.

In the past, she taught courses “Journalism in Practice”, “Public Relations in Economics and Crisis Communications” for undergraduate and graduate students at the Faculty of Journalism of Lomonosov Moscow State University. Elena Kaliberda holds a PhD degree in Philology (2003) from Lomonosov Moscow State University. Elena Kaliberda is the author of two books in Communications in the Russian language that are recommended by the Advisory Board of the Universities of Russia specializing in Management as textbooks for Bachelor’s and Master’s students: Public Relations. Introductory course, issued in three editions of 2002, 2004, and 2012; Public Relations in the area of Economics, issued in two editions of 2008 and 2012. She worked for the Russian heritage daily newspaper Izvestia in early 1990s and its weekly supplement Soyuz-Life, also for the news desk at radio 101.