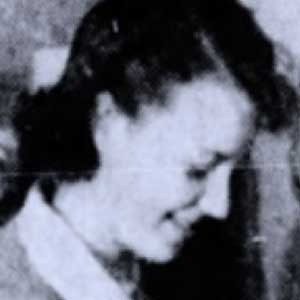 Ellen Lennox and Betty Cameron of Swan River, Manitoba and Faith (Hutchison) Avis of Spalding, Saskatchewan were the first Carleton students awarded a Bachelor of Journalism degree. They were, in fact, the first students ever to earn journalism degrees in Canada when they received their diplomas at Carleton’s inaugural degree-granting convocation on Oct. 23, 1946. Lennox went on to a reporting job at the Ottawa Citizen before moving back to Western Canada and becoming an executive producer with Alberta’s educational television network. Betty Cameron, too, was initially employed as a Citizen reporter, later working for the BBC in London and eventually settling into a career in library science in Toronto. Avis did not pursue a full-time journalism career but did much writing in her life, including book reviews for the Kingston Whig-Standard. She led an important career as the first and long-time director of public relations for the Kingston General Hospital.