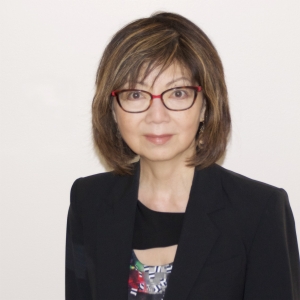 Susan Harada joined the School of Journalism and Communication in 2003 after working as a journalist with the Canadian Broadcasting Corporation in a variety of roles: current affairs reporter, documentary journalist, Parliamentary correspondent, news anchor and host.

She has also filled a variety of roles at the School, serving for six years as the head of the Journalism program, first as Associate Director of the School (2014-2019) and then as Interim Director (2019-2020). She was Jobs & Apprenticeships Faculty Adviser from 2003-2009 and Supervisor of Graduate Studies from 2010-2014.

She is a founding member and the former Chair (2018/19-2021/22) of J-Schools Canada / Écoles-J Canada, the organization that brings together post-secondary journalism programs in Canada, and is on the Board of Directors of the Canadian Journalism Foundation.

Her teaching has included graduate seminars about the following: psychology and journalism; the role of journalism in society; professional practices/analytical journalism. She has also taught introductory television journalism, television current affairs, and video documentary-making at both the undergraduate and graduate levels.

Her research interests include the Supreme Court of Canada and the media; the future of journalism and journalism education; and, the political development of the Green Party of Canada. She has written for The Walrus, Policy Options and J-Source, contributed regularly to the Canadian Federal Election series since 2004, and produced chapters on a number of subjects: the Canadian courts and social media; the Supreme Court of Canada and its relationship with the media; political marketing and the Green Party of Canada.

During her time at the CBC, she filed news reports and documentaries from across the country and around the world (Somalia to Rwanda, Washington to London). A number of her documentaries produced while with the CBC’s flagship current affairs show The Journal won awards at international film festivals. She regularly filled in as host of both The National and The Journal.

She has a journalism degree from Toronto Metropolitan University (formerly Ryerson) and a Master’s degree in Legal Studies from Carleton (earning a Senate Medal for Outstanding Academic Achievement).