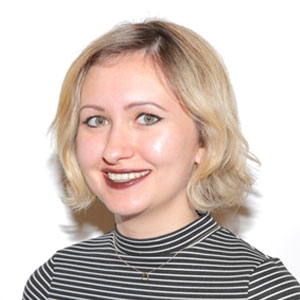 Jill Krajewski’s expertise in social media was evident early on, as an entertainment columnist at andPOP while earning her degree and community manager at Live Nation straight after. Now she contributes to social media strategy and growth for VICE Media verticals, including Noisey, which won a 2018 Webby for its outstanding social media presence in music. Krajewski is also a juror for the Polaris Music Prize, SOCAN Songwriting Prize and Prism Prize.