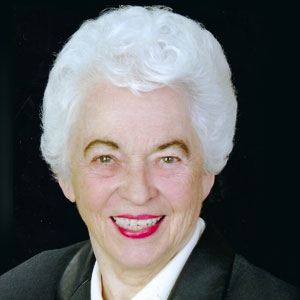 The power of a team.

Marguerite Hale believes firmly in the power of a team—which is why, among her many accomplishments, she was a founder of Friends of the National Library, thereby saving valuable manuscripts for the nation, and helped make Beechwood Cemetery the National Cemetery of Canada. The first woman to serve as Honorary Colonel of the Governor General’s Foot Guards, the celebrated businesswoman has received countless honours and awards—including the Order of Canada—for her public service.