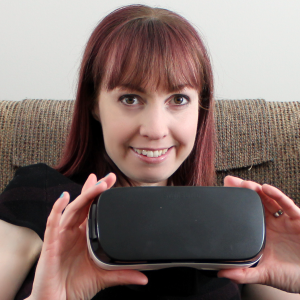 I am an Associate Professor in the Bachelor of Media Production and Design program at Carleton University. I received my honours BA in Music from Brock University in 2007. During my time at Brock I studied clarinet under the instruction of Zoltan Kalman, and was active in the University Woodwind Ensemble and Women’s Choir. I studied Japanese as my program language requirement and subsequently participated in the Ontario Japanese Speech Contest three times, winning awards in both the Intermediate and Advanced categories. I also received a scholarship from the Japanese government (fully covering living and travel expenses) to participate in a one-year exchange program, studying at Nagoya Gakuin University from September 2003 to July 2004.

Shortly after completing my BA, I began teaching courses part-time in Web design and programming at Niagara College. Having served as a teaching assistant at Brock in Computer Science, Modern Languages (Japanese), and Music, I went on to teach in other part-time contract positions at Brock, Ryerson University, and McMaster University. I received my MA in Interdisciplinary Studies in 2010 and my PhD in Communication and Culture in 2015 from York University. In both of these degrees, I minored in Human-Computer Interaction (HCI). From July 2014 – 2018 I was an Assistant Professor (tenure-track) at the University of Toronto in the Institute of Communication, Culture, Information, and Technology where I taught courses on games and HCI. I am excited to join the Carleton University community and to work closely with our BMPD students as we learn about designing stories for digital media!