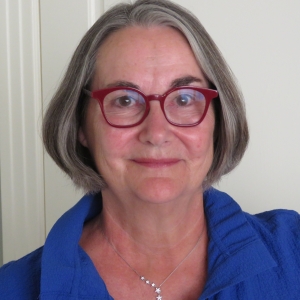 Catherine McKercher holds a B.A., Carleton University, an M.J., Temple University, and a Ph.D. in Humanities from Concordia University in Montreal. She joined the School in 1987 and taught at every level in the BJ and MJ programs, from first-year undergrads to final-year Master’s students.

Her journalism career dates to 1970, when she was hired as a summer student at the Ottawa Journal. She returned to the newspaper for the next three summers and joined staff full-time in 1973, working as a general assignment reporter and education reporter. In 1975 she moved to The Canadian Press, working as a copy editor and Ontario legislature reporter in the Toronto bureau, then as a Washington correspondent from 1977-80. In 1984 she joined the Whig-Standard in Kingston, Ont. where she was the assistant city editor. She has also worked as a freelance writer and broadcaster.

Prof. McKercher’s research concentrates on labour in the communication industries, including in journalism. She has been co-investigator on two projects funded by the Social Sciences and Humanities Research Council on labour issues and has published extensively in the area. She also has a strong interest in journalism education.

In 2014 she was named co-recipient of the Association for Education in Journalism and Mass Communication’s Professional Freedom and Responsibility Award.

Her latest book, Shut Away: When Down Syndrome was a Life Sentence, comes out in 2019. Combining memoir and history, it tracks the rise, fall and demise of Ontario’s large, provincial institutions for people with intellectual disabilities. Her younger brother, Bill, grew up in one of these institutions and died there at the age of 38. The book draws on his personal file and other records to paint a critical and vivid picture of life on the inside.

Shut Away: When Down Syndrome was a Life Sentence. Fredericton: Goose Lane Editions, forthcoming 2019.

The Laboring of Communication: Will Knowledge Workers of the World Unite? Co-authored with Vincent Mosco. Lanham, Md: Lexington Books, 2008.

“Labour Unions in the Media.” The International Encyclopedia of Communications. London: Blackwell, 2008. Pages 2631-2636.

Prof. McKercher has been a member of the judging panel for the Michener Award for meritorious public service in journalism, a judge and member of the board of governors for the National Newspaper Awards, and a judge for the Canadian Association of Journalists awards.