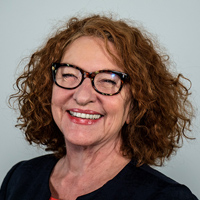 Kathryn O’Hara’s journalism experience includes more than twenty-five years working in both radio and television as a host, reporter, producer and researcher mainly in public broadcasting.

Kathryn has a MSc. in Science Communication from The Queen’s University of Belfast and Dublin City University.

She has served on the science and technology advisory boards of Health Canada and Environment Canada until 2007. She continues to take part in numerous journalism awards and scholarship She was on the steering committee for the National Cancer Institute of Canada’s Prevention Research Initiative. She was a member of the Council of Canadian Academies’ Expert Panel on Research Integrity in 2012 and is currently part of two CIHR grants as well as Carleton’s Communication, Risk and Public Health Research Group.

Kathryn is the former president of the Canadian Science Writers’ Association and served on the executive board of the World Federation of Science Journalists for the past four years.

Kathryn was the first to hold the School’s CTV Chair in Science Broadcast Journalism, the only one of its kind in Anglophone Canada.