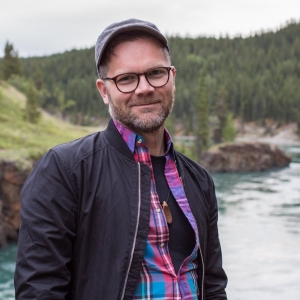 Award-winning Ottawa-based journalist Matthew Pearson will join the School of Journalism and Communication at Carleton University as an Assistant Professor with the Journalism program on July 1.

Pearson is a graduate of Carleton’s Master of Journalism program and spent a decade at the Ottawa Citizen, climbing the ranks from apprentice to summer intern to staff reporter and finally, to Ottawa City Hall correspondent.

He built a solid reputation as a compassionate, articulate storyteller whose wide-ranging coverage probed the depths of adult literacy, teen suicide, labour unrest, gender identity, homelessness, and post-traumatic stress disorder. For his series, Walk the Line, Pearson documented on foot the entire length of Ottawa’s 12.5-kilometre Confederation Light-Rail Transit line, piecing together a living history of the city’s largest modern-day construction project. Dear Paul, his final piece for the Citizen, was a poignant exploration of the letters and notes former Ottawa Centre MP Paul Dewar and his family received in the months following Dewar’s brain-cancer diagnosis.

As the 2017 Michener-Deacon Fellow for Journalism Education, Pearson carved a niche as a researcher by pursuing a new and developing aspect of journalism pedagogy intended to teach students how to cover traumatic incidents and report on people who have experienced trauma. He has presented this innovative work and led workshops on trauma-informed journalism at conferences, journalism schools, and in newsrooms across Canada. These efforts were recognized in November 2018 with an award from the International Society of Traumatic Stress Studies. Pearson intends to continue work on this research agenda in his new position on the Carleton faculty.

After leaving the Citizen in 2018, Pearson produced The Mamas and the Papas, a feature-length documentary for CBC Radio’s The Sunday Edition. The first-person story recounted Pearson’s adventure in co-parenting children with his partner and another queer couple who live across the street. He later joined CBC Radio full-time, working as an associate producer with Ottawa Morning and The House, the network’s flagship political affairs program.

Pearson’s 20-year journalism career began at Western University’s student newspaper The Gazette. He later worked at a weekly newspaper in Smithers, British Columbia and the Times Colonist newspaper in Victoria, B.C. His freelance work has appeared in The Globe and Mail, National Post, Vancouver Sun, the London Free Press, and The Tyee.