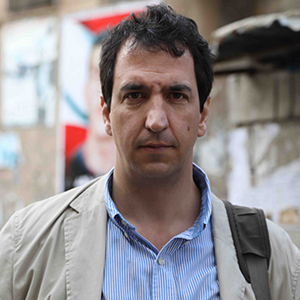 Michael Petrou is the editor-in-chief of Open Canada, a digital magazine about Canada’s place in the world: www.OpenCanada.org. He is a historian and journalist who has reported on war and conflict across the Middle East, Africa and Central Asia. Petrou was the 2018 Martin Wise Goodman Canadian Nieman Fellow at Harvard University. In 2017, he was awarded the R. James Travers Foreign Corresponding Fellowship, which he used to report on Syrian refugees in the Middle East. Petrou has won three National Magazine Awards. He is the author of Renegades: Canadians in the Spanish Civil War and Is This Your First War? Travels Through the Post-9/11 Islamic World, which won the Ottawa Book Award. Petrou has a doctorate in modern history from the University of Oxford.