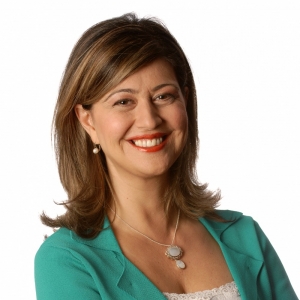 Rita Celli was born and raised in Sudbury, Ontario, and graduated from Carleton’s journalism program in 1991. Warm, smart, and tough, she is a veteran journalist who dives into all kinds of debates in this lively radio forum. She’s won a number of awards for her work. In 2014, the Governor General presented her with the Michener-Deacon Fellowship for Investigative Journalism. Her investigation on mining royalties received global attention. Only four years later, she received an award of excellence for Daring to Ask about Abortion: Women and Men Talk. Prior to Ontario Today, she held a number of positions at CBC on both radio and television, including anchor of CBC Ottawa’s supper hour news. Read more here.

See all of our grads.