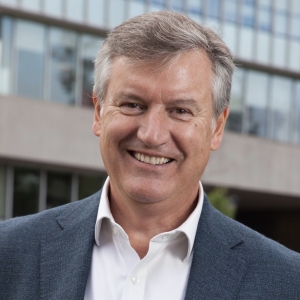 Allan Thompson is the head of Carleton’s journalism program, a position he took up in 2020. Allan joined the faculty at the School of Journalism and Communication in 2003 after 17 years as a reporter with the Toronto Star, Canada’s largest circulation daily newspaper. He is a graduate of Carleton’s Bachelor of Journalism program (1986) and did a Master’s degree in International Relations at the University of Kent at Canterbury. His first experience in journalism was with the Kincardine Independent, a small-town weekly newspaper. Later he worked at the London Free Press, then joined The Toronto Star as a summer student in 1986 and full-time in 1987.

From 1987 to 1993, Allan worked in the Star’s regional bureau in Mississauga, in the newsroom in Toronto on general assignment, in the Business section and for two years as immigration reporter. He spent a year in England and North Africa in 1990-91 on an internship with Gemini News Service. In 1994, he was posted to the Star’s Parliament Hill bureau in Ottawa, where he worked for most of the next decade as a political reporter, specializing in foreign affairs, defence and immigration issues.

While at Carleton he published an edited collection called The Media and the Rwanda Genocide and also established and managed a five-year media development project in Rwanda called The Rwanda Initiative. That program took more than 150 Canadian journalists and journalism students to Rwanda. Later he launched the Centre for Media and Transitional Societies here at Carleton. The Centre runs media internships for Carleton journalism students and each year up to 15 students take up media placements in the developing world. In 2010 he co-authored a journalism text, The Canadian Reporter: News Writing and Reporting with colleagues Catherine McKercher and Carman Cumming. Allan’s most recent publication is the edited collection Media and Mass Atrocity: The Rwanda Genocide and Beyond, published by CIGI Press.

Most recently, Allan was the director of Journalism in the Time of Crisis – at the intersection of journalism and the pandemic, a major international conference hosted by Carleton in October of 2020. He is also the director of a new research partnership with The Canadian Press, Fostering Diversity in Sourcing by Journalists, a project funded by the Social Sciences and Humanities Research Council.

Allan was a candidate (unsuccessfully) for the Liberal Party of Canada during the 2015 and 2019 federal elections, in the southwestern Ontario riding of Huron-Bruce and placed a close second to the Conservative incumbent.

His singular focus now is his role as the head of Carleton’s journalism program.