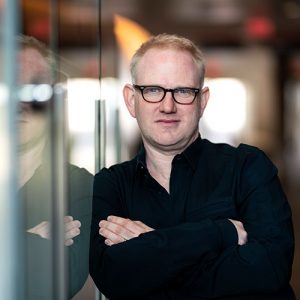 Ira Wagman is an Associate Professor of Communication Studies, with a cross-appointment between the School of Journalism and Communication and the Institute for the Comparative Study of Literature, Art, and Culture. He is also a Research Associate at the Max Zelikovitz Centre for Jewish Studies, the Carleton Centre for Public History, and the Centre for European Studies.

Dr. Wagman researches, teaches, and writes on media history, communication theory, and the study of the cultural industries. He uses historiographical and interpretive research methods including archival work, policy analysis, and media criticism.  His work covers a range of geographical settings, including Canada, France and Italy as well as international political institutions such as the European Union and UNESCO.

He has an emerging interest in the field of media ethics as it applies to the influence of digital technologies on individual and collective memory.

His current research explores the role of the apology in digital culture, a study of the influence of the Catholic Church on the development of television in Quebec in the 1950a, and a study of the relationship between media theory and notions of verticality.

Dr. Wagman is a member of the Global Internet TV Consortium, a network of media scholars seeking to understand the implications of internet-distributed television.  His work for the consortium is focused on the challenges to Canadian media policy frameworks by Netflix and other streaming services.

Dr. Wagman supports graduate work in all of his areas of interest and welcomes inquiries from prospective students.

“TV Genres in the Age of Abundance”, Special Issue of Communicazioni Sociali, co-edited with Massimo Scaglioni.

Intersections of Media and Communications: Concepts and Critical Frameworks. Co-edited with Will Straw and Sandra Gabriele. Toronto: Emond Montgomery, 2011.

“The Suspicious and the Self-Promotional: About Those Photographs We Post on Facebook.” in Jonathan Finn, Ed. Visual Communication and Culture: Images in Action. Oxford University Press, 2011, pp.145-156.

“Wasteaminute.com: Notes on Office Work and Digital Distraction”. M/C: A Journal of Media and Culture (online)13:4, 2010.

“Log On, Goof Off, and Look Up: Facebook and the Rhythms of Canadian Internet Use”.  In Bart Beaty, Derek Briton, Gloria Filax and Rebecca Sullivan, Eds. How Canadians Communicate. 3rd edition.  Athabasca: Athabasca University Press, 2010. pp. 55-77.

“The Woods Gordon Report, Accountability, and the Postwar Reconstruction of the National Film Board of Canada”.  Journal of Canadian Studies 42:1, 2008, pp. 83-104.

“The B Side: Why Content Regulations Aren’t Necessary for the Survival of Canadian Music”.  In Josh Greenberg and Charlene Elliott, Eds. Communication in Question. Toronto: ITP Nelson, 2007, pp. 223-229. (Revised for 2012 edition).

“Up Where the Thrills Are: The CN Tower and Media Spectacles in 1970s Toronto”. Paper to be presented at the Annual Conference of the Society for Cinema and Media Studies, Toronto, Ontario, March 14, 2018

“Tall and Wide: The CN Tower and Canadian Media Theory”.  Paper presented at the Annual Conference of the Canadian Communication Association, Ryerson University, Toronto, Ontario May 30, 2017.

“Thinking about Digital Memory with Hannah Arendt”.  Invited lecture for Colloquium, “Memory and Identity: From the Exodus and Black Literature to the Digital Age”, Zelikovitz Centre for Jewish Studies, Carleton University, March 2, 2016.

“Exporting the ‘City’ Aesthetic: MuchMusic and CityTV in the Americas”.  Paper presented at conference of the Canadian Studies Network, “Canada in the Americas”. McGill Institute for the Study of Canada, Montreal, Quebec, October 3, 2015.

“Canada’s Media Industries in the Age of Media Abundance”.  Invited lecture to Summer School program, “Pluralism in Canada and Beyond”.  School of Canadian Studies, University of Groningen, Groningen, The Netherlands, July 2, 2015.