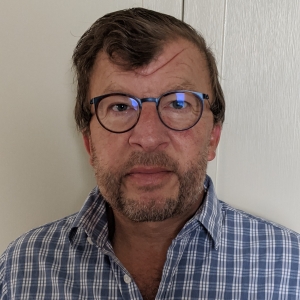 Dwayne Winseck is Professor at the School of Journalism and Communication, with a cross appointment at the Institute of Political Economy, Carleton University. His research interests include the political economy of telecommunications, the Internet and media as well as communications and media history, theory, policy and regulation. He is also the Director of the Global Media and Internet Concentration Project, a project funded by the Canadian Social Sciences and Humanities Research Council Partnership Grant.

Dwayne’s research, data and views on media concentration and communication, media and Internet industry and policy issues are well known and have been solicited or cited widely in the scholarly literature and by the Parliament of Canada, Canadian Senate, Department of Canadian Heritage, the Canadian Radio-television and Telecommunications Committee, World Trade Organization, the International Telecommunications Union, amongst others. Dwayne also writes regular op-eds on these topics for the press and other outlets, including as a regular columnist for the Globe and Mail.

The Global Media and Internet Concentration (GMIC) Project was launched in 2021 after winning a $2.5 million grant from the Canadian Social Sciences and Humanities Research Council. The project brings together fifty or so scholars from around the world to address a deceptively simple but profoundly important question: have the communication, Internet and media industries—individually and collectively—become more or less concentrated over the period covered by this study, i.e. 1984-2027? We use this question, in turn, as a springboard to a far-reaching, yet clearly-bounded and richly detailed analysis of some two dozen sectors of the communications, Internet and media industries in the nearly 40 countries we cover.

The project’s scope covers both the traditional communications and media industries as well as the rise of new actors like the digital platforms (e.g. Google, Apple, Amazon, Baidu, Bytedance, Facebook, Microsoft, Netlfix, Tencent, etc.)  A dozen external partners also serve as advisors and contributors to the project, including, for example, the Department of Canadian Heritage, UNESCO, Statistics Canada, the Internet Society, OBSERVACOM, and the International Institute of Communication, amongst others.

The GMIC Project website was recently launched. While still in its early stages, our intention is for the site to be a wide-ranging and authoritative resource for students and scholars, policymakers, activists journalists, and anyone else interested in media market data. This website picks up where the one for a earlier iteration of this project, the Canadian Media Concentration Research Project, left off. Last year’s (2021) 10th anniversary editions of two-part annual series of reports for that project marked the start of this new initiative. Those reports are now available on the new GMIC Project website. Other country reports and data will be available soon.

This research will inform independent academic research and policy developments, especially in relation to the fast evolving, new generation of Internet services regulation now taking shape in Canada and around the world.

Carriage (Net Neutrality) at the FCC: A Reply to Faulhaber, Singer, and Urschel. International Journal of Communication, 11, 2702-2733.

2017   The Geopolitical Economy of the Global Internet Infrastructure. Journal of Information Policy, 7, 228-267.

2010    Winseck, D. Financialization and the “Crisis of the Media”: The Rise and Fall of (Some) Media Conglomerates in Canada. Canadian Journal of Communication, 35(3), 1-28.

2002    Illusions of perfect information and fantasies of control in the information society. New Media and Society, 4(1), 89-118.

2000    Social Sciences and Humanities Research Council for the project: Electronic empires and wired worlds:  Electronic media and the foundations of globalization, circa 1860-1920 (Co-researcher: Dr. Robert Pike) ($78,500).

2021    Winseck, D. & Klass, B. Submission to the Standing Committee on Industry, Science and Technology of the House of Commons (Canada) regarding the Competitiveness of the Canadian Economy (April 15, 2021).

2021    Winseck, D. & Klass, B. The Great Reversal: Why the Rogers-Shaw Merger is a Raw Deal and Regulators Should Deny It. Submission to the Standing Committee on Industry, Science and Technology of the House of Commons (Canada) regarding the proposed acquisition of Shaw by Rogers (April 2021).

2021    Canada, Standing Committee on Industry, Science and Technology (INDU) (April 6, 2021). Study of the Proposed Acquisition of Shaw by Rogers.

2018    Winseck, D. Common Carriage and Cultural Policy for the Internet Age. SenVu live streaming coverage of hearings before the Senate Transportation and Communication Committee’s Review of the Telecommunications, Broadcasting and RadioCommunication Acts. (September 18, 2018).

2016    Klass, B., Winseck, D., Nanni, M. & Mckelvey, F. (2016). There ain’t no such thing as a free lunch: Historical and international perspectives on why common carriage should be a cornerstone of communications policy in the Internet age. CMCR Project’s submission to the CRTC’s Review of Differential Pricing (CRTC 2016-192). Plus responses to interrogatories and oral presentation)(88pp) (author split: 45/45/5/5)

2016    Rethinking Universal Service for the 21st Century and an All-IP World (September 2015) CMCR’s first submission to the CRTC’s Review of Basic Telecommunications Services (CRTC 2015-134). Available at: (Plus responses to interrogatories and oral presentation) (57pp).

2013    Expert Witness. Written brief and testimony for the Public Interest Advocacy Centre in the matter of Bell Canada Enterprise’s Second Bid to Purchase Astral Media Hearings before the Canadian Radio-television and Telecommunications Commission, Montreal, Quebec, May 2013.