In 2006, Max Zelikovitz pledged $500,000 to establish the Max and Tessie Zelikovitz
Centre for Jewish Studies, named in loving memory of his late wife. In supporting two themes that were of central importance in his life, education and research into Jewish 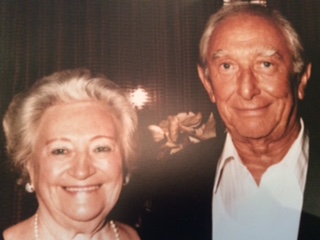 culture, Max Zelikovitz’s donation has had an impact on the education of future generations at Carleton. The Zelikovitz Centre and all the work they do would not have been possible without this initial gift to create the ZC centre, along with the University’s willingness to match those funds to create a sustainable centre for Jewish Studies at Carleton. The ZC is very proud of its strong relationship with Margo, Sam and Tessie’s daughter, and most appreciative of the ongoing support and friendship of Margo and David Kardish, and family.

The Max and Tessie Zelikovitz Centre for Jewish Studies (or ZC for short) promotes scholarly inquiry into all aspects of the Jewish experience from ancient times to the present and serves as a meeting point for scholars and the wider community, both Jewish and non-Jewish. The ZC encourages the growth of course offerings in Jewish studies which deal in historical, religious, social, cultural, and political aspects of Jewish life from a variety of disciplinary perspectives. Situated in the nation’s capital, the ZC expands Carleton’s presence in Jewish studies both nationally and internationally by fostering research collaboration and by sponsoring visiting scholars and researchers in the field. The ZC takes great pleasure in reaching out to the broader community through public lectures and educational programs, while encouraging intercultural and interfaith dialogue. By promoting academic inquiry into the diversity of the Jewish experience, one that has been enriched by encounters with different societies and cultures around the world, the ZC also plays an important role in Carleton’s interdisciplinary research focus on global identities and globalization.

Message from Margo and David Kardish, on the Zelikovitz 10th year anniversary

“Congratulations to the Max and Tessie Zelikovitz Center on your 10th year anniversary. How pleased we are at the successes and good work the Zelikovitz Center has achieved for the University, and the Ottawa Jewish Community at large. Your work on Holocaust studies, development of future community leaders, and Limmud, are just a few of the examples of what community is all about. Our parents and ourselves are so proud to have our name associated with such a fine institution.”