The following works were produced by students over the course of Dr. Deidre Butler’s RELI 2110: Intro to Judaism course

Podcast by Meghan Burns exploring the relationship between Judaism and drag

Video by Maddy Deveau on Jewish identity and status

Professor Deidre Butler of the Religion program in the College of Humanities took students on a field trip to Jewish Montreal Nov 13, 2016.  Students took a walking tour of the Plateau neighbourhood with the Museum of Jewish Montreal where they learned about immigrant and labour history, explored Jewish Outremont with Professor Steven Lapidus gaining a better understanding of the explosive growth of that community and the political and social struggles it faces, visited the Holocaust Museum to appreciate the painful history of the Shoah and the ways in which Montreal (as one of the largest communities of Holocaust survivors in the world) has publicly remembered the Holocaust, learned more about kosher food and Jewish food culture, and were welcomed to Canada’s oldest Jewish institution (1768), the Spanish and Portuguese Synagogue, by Rabbi Orenstein.  The course explores Judaism as a lived tradition in contemporary and historical contexts.

This student experience was made possible through the generous support of The Discovery Centre, Office of the Provost and Vice-President and the College of Humanities.

The following blogs were developed by students in the RELI2110A – Introduction to Judaism course.

Photos from the trip: 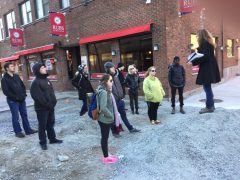 A tour guide from the Museum of Jewish Montreal speaks to the students about Jewish immigrant experience. 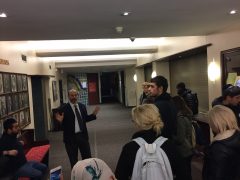 Rabbi Orenstein from the Spanish and Portuguese Synagogue. 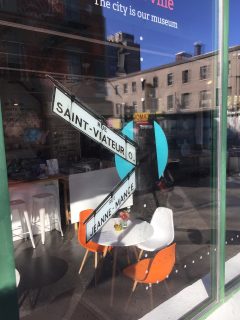 Frontage of the Museum of Jewish Montreal. 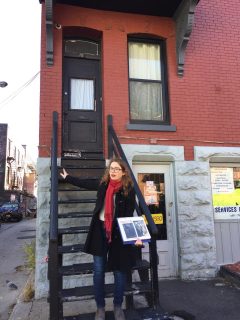 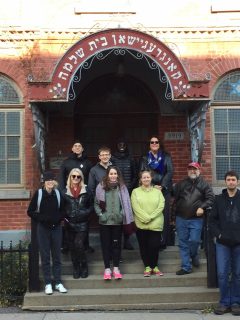 Group photo of the students on the Montreal trip. 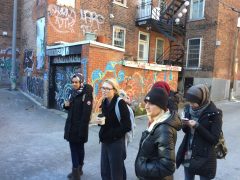 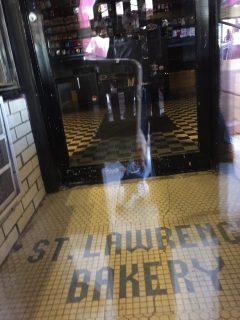 The St. Lawrence Bakery is no longer open, but the floor has been kept intact by subsequent tenants as a reminder of the landmark Jewish bakery.