The work of resilient reporters adapting to the COVID-19 pandemic may have changed some of our journalistic conventions forever, a trio of top newsroom managers said during an online discussion hosted by Carleton University’s journalism program.

And this generation of journalism students should make the most of the opportunity to learn the kind of innovative, independent and remote reporting skills that will be increasingly valued by news organizations in the years ahead.

“The pandemic is underlining the ability for people to work remotely, which is ultimately probably going to be the future for a lot of newsrooms,’’ said Emma Gilchrist, editor-in-chief of The Narwhal. 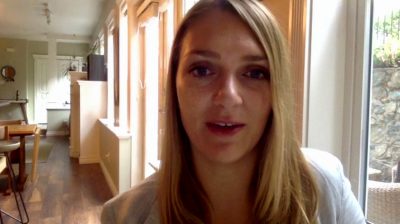 She was echoed by Stephanie Coombs, the director of journalism and programming at CBC Edmonton.

“This ability to operate independently is critical. We’ve all seen the change in traditional media,” Coombs said.

“The people that have adapted really well are the people who have critical thinking skills, project management, are able to manage themselves, function independently and feel comfortable being on their own,” Coombs said.

“We are increasingly looking for people who are self-contained units. Can you file to three platforms on one story and can you do that all on your own? People who are comfortable being independent.’’

“People who can operate independently and are self-motivated, that’s just huge,’’ McKenzie said.

Gilchrist, Coombs and McKenzie were part of a July 23 panel discussion organized to help Carleton journalism professors and staff prepare to teach reporting classes online this September. All of Carleton’s classes will be taught online in the fall-term. A final decision about how to proceed in the winter term has yet to be made. The July 23 session was organized by Carleton professors Trish Audette-Longo, Christine Crowther and Dave Tait, who are deeply involved in planning for the shift to online teaching.

In a 90-minute discussion, the newsroom managers shared some of their experiences and challenges from adapting to COVID-19.

Some of the highlights of their observations about the impact of the pandemic experience on journalism: 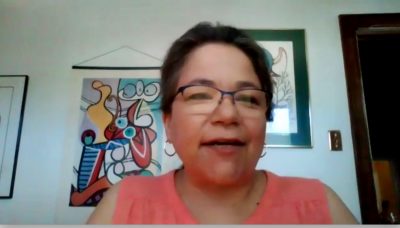 Being forced by necessity to lower standards for the quality of audio and video recordings that can be used has given everyone more flexibility; Reporters and even competing news organizations are sharing more, helping each other out; Newsrooms have been forced to expand their network of stringers and photographers in remote communities; The reliance on reporters who are innovative, adaptable and good at working on their own has increased.

“Instead of being pack animals chasing the same clip, I mean there are limited resources to journalism,” Gilchrist said. “To the extent that this pandemic has encouraged people to cooperate a little bit more, to pool resources, that could be a very good thing that comes out of this because that frees up journalists to do more original journalism and that is a good thing.”

Coombs said the main challenge has been juggling the competing goals of newsgathering and keeping media practitioners safe.

“I have two main goals, to continue to do the daily programming that we have to do every day to inform Canadians and also to keep our staff safe, and as you can imagine those goals are often at odds with each other,” Coombs said.

That has meant adjusting where reporters are based and how news is gathered.

In addition to monitoring how people go about doing their work, news organizations also have to keep tabs on the emotional strain, Coombs said.

“That is one thing we really try to monitor, the extra emotional workload.”

There are now plexiglass barriers in the control rooms where social distance of two metres can’t be maintained. All equipment is frequently disinfected. But they are adapting. 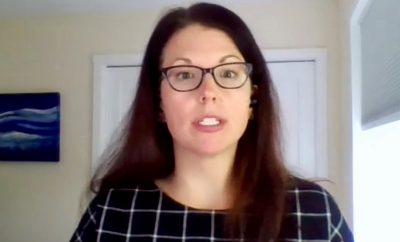 “While my job and everyone else’s jobs are harder outside the station, we recognize that they can be done,” Coombs said.

CBC has a field guideline document online for all employees across the country. The default position is to do interviews using online video tools, to avoid face-to-face encounters. “The first question is can I do it by phone or video conference,” Coombs said.

And when meeting people in person, social distancing of two metres must be maintained throughout the process – on the way to the interview, while setting up and when conducting the interview. That means reporters and camera operators travelling in separate vehicles for example.

And a real issue is how to reach people who don’t have access to laptops, high-speed internet or other devices capable of conducting an interview.

“Shooting in remote communities…is just not happening,’’ McKenzie said. And that is a huge issue when trying to tell stories from places where connecting online isn’t easy, or even possible.

“There’s not cell phone service or high-speed internet in so many places. So we’re really trying to find ways to reach people who don’t have a voice because they don’t have the ability to get on Zoom for an interview for our national news.”

That means broadening the existing network of stringers.

“I just can’t say enough how valuable it is we have home-based VJs (video journalists) to rely on,’’ McKenzie said.

Gilchrist said The Narwhal has had to postpone many of its projects.

“Our real bread and butter is on the ground features that we usually do in the summer,’’ Gilchrist said. “We very often report from remote places…a lot of those communities are not open to having visitors right now…A lot of those types of reporting assignments that we’d usually be doing this summer are postponed indefinitely.”

And many of the projects that are going ahead are being handed to freelancers, or done remotely.

“There often are pretty good photographers in all sorts of places. Maybe they don’t have a huge professional profile, maybe they just have images on Flickr and that’s how you find them. But they can end up being a stringer for The Narwhal and getting paid the same day rate as any of our freelance photographers.

“I see this as an opportunity to build that talent pipeline.”

Coombs said broadcast standards have been lowered, which isn’t necessarily a bad thing.

“We have had to be more accepting of lower quality. We all want really high quality visuals and audio and that’s just not happening right now and we have to accept interviews done in that way.’’

Coombs said that major network programs, which previously would never have used material shot on an iPhone, have changed their standards during the pandemic, allowing a lot more room for journalistic ingenuity.

And all have relied on more user-generated content.  Reporters have often talked interview subjects through how to help capturing content, video, still images, colour description of what is going on around them.

There has been an upside to the compromises on quality in broadcast standards necessitated by online reporting.

“It’s a totally unexpected upside and I’m all for it,” Coombs said. “The crisis has forced people to actually rely on each other more. We’re now sharing a lot more.”

But there have of course been downsides.

“Journalistically it is very difficult to do follow-ups and accountability interviews,” Coombs said.

“This problem has been especially acute in government-run press conference.

“There are no scrums, you can’t grab a cabinet minister outside the cabinet room. That has been a detriment.”

McKenzie too lamented the government-run press conferences which have made it even more difficult for APTN to get questions in.

“Those government press conferences, I can’t say enough how just not on the mark they are for so many journalists,’’ McKenzie said. “We have a really hard time getting a question in to the prime minster, to the other ministers, unless there is something Indigenous-related.”

“It is very difficult for us to get a question near the top. Our reporter has to stay on the line for an hour and a half before they get a turn.”

“There aren’t four camera people standing there getting the same locked off shot of the Premier talking which is just an inefficient use of journalists,” Coombs said. “Now can we use them to do some other stuff, my hope is yes.”

There have of course been technical challenges, such as the difficulty and time involved in ingesting raw broadcast material to the network servers sometimes using “dodgy home internet connections,” Coombs said.

All three agreed this is a fascinating time to be learning to be a reporter and honing the ability to work independently, to innovate and make the most of technology.

“As soon as we made that transition to people working from home, they took to it like fish in water. We’ve been really underestimating how productive people can be when we just let them be independent,” McKenzie said. “We’re going back to some of that older-style shoe leather kind of journalism.”

And Coombs said the ongoing pandemic will continue to dictate working conditions – and decisions about what kind of journalists to hire.

“We’re looking towards what jobs can be done remotely. And those sort of one-person bands, the VJs, are high on my list,” Coombs said.

“We are going to have to operate with people working remotely for a significant period of time.’’ 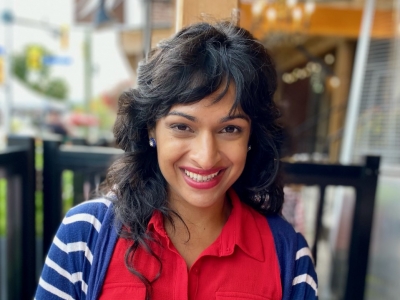 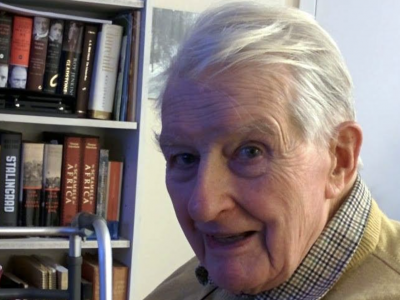