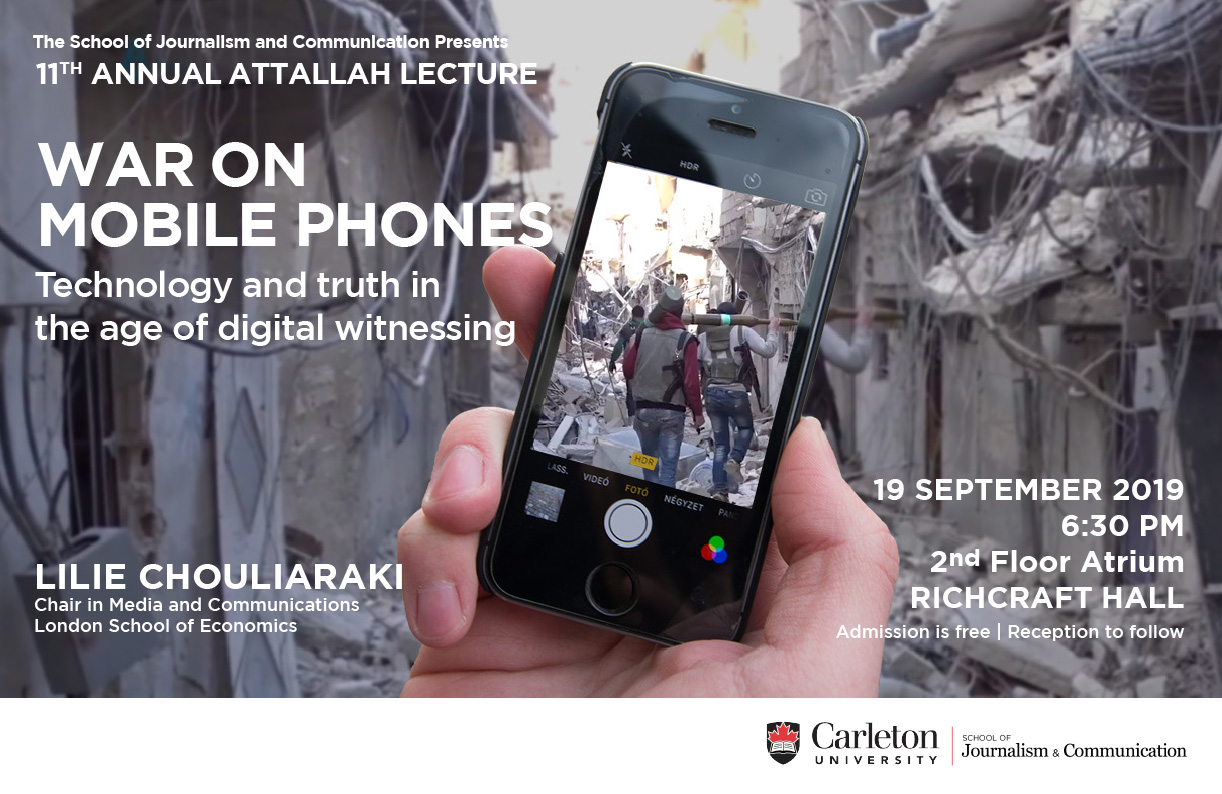 Abstract
User-generated content, particularly mobile phone footage from conflict zones, has challenged journalists’ monopoly on the story-telling of war, raising questions about disinformation and fake news. It is, in particular, the truth status of user-generated content and mobile videos that monopolizes public and scholarly debates on conflict reporting: is the image real? who is it attributed to? what is the context in which it is taken in? what interests might it serve? Even though these are important and urgent concerns, the lecture challenges this dominant agenda by asking what is the cost of an exclusive focus on truth? It argues that it is important to take a step back from this dominant “paradigm of veridiction”, which centers on truth as the only journalistic requirement for ugc-reporting, and to turn our attention to the geo-political relationships of production and mediation of such content – what, after Yuval Harari, I call the “paradigm of flesh witnessing”. This move from the institutional to the geopolitical opens up a new space for us to rethink the nature of ugc not only as a genre of conflict reporting but also as a form of embodied communication that takes place under conditions of risk to life. Within the paradigm of flesh witnessing, mobile phone users, from civilians to militants to humanitarian workers to refugees, are simultaneously also conflict participants who may die or kill as they film and it is precisely this dimension of the embodied fragility of reporting that turns their stories into important moral and emotional appeals for global news publics. Flesh witnessing, I argue, signals a new practice of listening to the voices of conflict that, by drawing attention to how these actors speak and what they say, has the potential to restore conflict reporting as a testimony to bodily vulnerability.

About Lilie Chouliaraki
Lilie Chouliaraki is Professor of Media and Communications at the London School of Economics and Political Science. For the past fifteen years, she has been focusing on the ethical and political complexities of communicating human suffering in the media. Throughout this period of time, she has researched four domains in which the human suffering appears as a problem of communication: i) disaster news, ii) humanitarian campaigns & celebrity advocacy, iii) war & conflict reporting and iv) migration news. Her publications include ‘Discourse in Late Modernity’ (1999), ‘The Spectatorship of Suffering’ (2006), ‘The Soft Power of War’ (ed., 2008), ‘The Ironic Spectator. Solidarity in the Age of Post-humanitarianism’ (2013), ‘The Routledge Handbook of Humanitarian Communication’ (2019; co-ed, in press) and ‘The Digital Border. Mobility, technology and power’ (New York University Press, under submission). Her new book, entitled ‘Witnessing without responsibility. Digital testimonies from conflict zones’ is forthcoming in Columbia University Press.

Please register this event by filling out the RSVP form below.