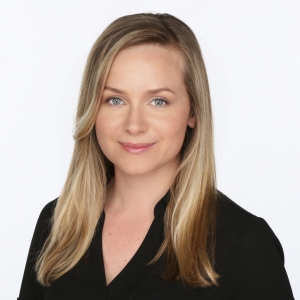 Amy Dempsey is a journalist at the Toronto Star, where she has worked since 2010.

She has been recognized for her investigative feature writing and in-depth stories about the criminalization of mental illness. She has won two National Newspaper Awards – for explanatory journalism and breaking news reporting – and has been a finalist in the feature writing category. She was the winner of a William Southam Journalism Fellowship at Massey College, where as the 2018-19 St. Clair Balfour fellow she studied a range of topics including mental health law, the history of psychiatric illness, food security and forensic pathology.

Her work has taken her to Colombia to report on a rare genetic disorder that causes early-onset Alzheimer’s disease, to the Philippines to document the search for survivors after Typhoon Haiyan and to California to write about the Toronto Zoo elephants’ controversial move to an animal sanctuary at the behest of game-show host Bob Barker.

Her work has been featured on NPR, CBC Radio, the Radiotopia podcast 99% Invisible and Dateline NBC. Her story “Improbable Cause,” which exposed mistakes made by police and medical death investigators in the case of a family of three killed years apart in the same home, was recognized by Longform as one of the top 10 stories of 2018. She has won numerous awards for feature writing, including a Canadian Association of Journalists Award and a Canadian Online Publishing Award.

She holds a Bachelor of Arts in English (Honours) from Dalhousie University and a master’s degree in journalism from Carleton, where she spent a summer working as a radio reporter in Kigali through the school’s Rwanda Initiative.