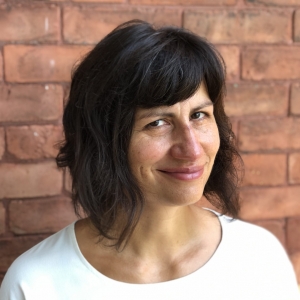 Sarah Everts joined Carleton University in 2019 after more than a decade in Berlin, Germany, where she reported on science and technology for a variety of publications including Scientific American, New Scientist, Smithsonian, Chemical & Engineering News and others. Her work has garnered several awards and accolades, such as inclusion in the 2017 Best American Science and Nature Writing anthology. She is author of the critically acclaimed book, The Joy of Sweat: The Strange Science of Perspiration (2021), which the New York Times called “crisp and lively… an entertaining and illuminating guide to the necessity and virtues of perspiration.”

Sarah’s research interests lie at the intersection of scientific innovation, policy and cultural anthropology. In other words, why are some of society’s most pressing science, health and environmental issues mired in a challenging combination of controversy, pseudoscience and legitimate uncertainty?

She is also fascinated by the increasingly role science is playing in cultural heritage institutions, and how research on art and artifacts can help museum staff with authentication, conservation and provenance studies.

Other areas of interest: the culture, history and science of sweat; how social media influences public health information dissemination; and the history of chemical weapons.